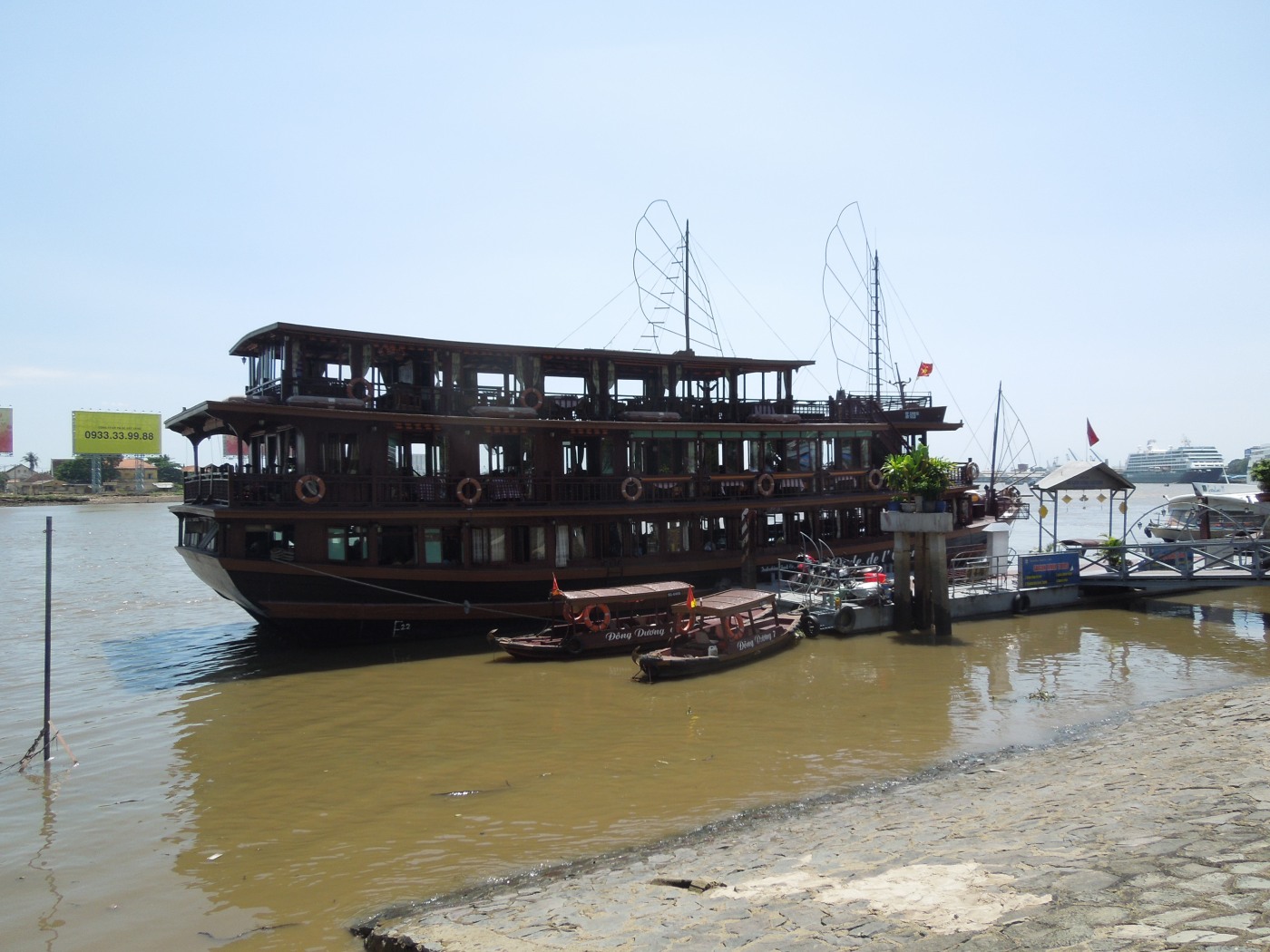 We thought Phnom Penh was busy and hot. And then we went to Ho Chi Minh City which completely redefined those definitions.

Our trip into Vietnam by bus was an easy 6 hour trip, including the border crossing where the security guard scanning all of our bags was actually asleep! The bus stopped on the busy main road of the tourist/backpacker area, and fortunately just happened to be right opposite out hotel. Perfect! So with bags firmly secured we scurried across the road and down the charismatic alleyway. The hotel – Phan Lan 2 – was amongst our favourite of the trip so far. The owner, Van, was brilliant and just about the nicest person you could ever meet and gave oodles of advice and booked so many things for us. He certainly deserved the box of chocolates that we got him!

Our first days in HCMC were fantastic. (Except for the heat. God we hate heat. 38 degrees should be illegal.) Blessed with wide footpaths in most places made walking around a sinch. Crossing the roads were an experience in themselves. Essentially you close your eyes, and just walk while the 10 million scooters just dodge around you. Keep a constant walking speed and you’ll be fine!

After reading plenty of stories about pickpockets and scooter cowboys – where 2 guys on a scooter target people with bags, ride up to them and the guy on the back grabs the bag and they zoom off – we were super cautious. When we took day packs they were locked, worn on both shoulders and the waiststrap clipped in place while pockets contained nothing more than tissues. Not good for increasing the heat, but good for making us look like less of a target. We soon noticed that we seemed to be the only ones who had read about the dangers as most of the tourists were walking around with bags hanging off one shoulder and fat wallets peeking out of pockets.

On the third day we decided to do a tour to the Chu Chi tunnels…part of the 250km tunnel complex used by the Vietnamese during the war to attack the Americans. While we were waiting on the bus to leave the city, we watched out the window as a scooter sped down the road chased by a shouting hippie-looking guy. He had just had his bag stolen. Perhaps the one-shoulder hippie bag that seems to be all the rage isn’t so good in HCMC! When we reached the tunnels we were shown into the complex and saw many exhibits. We both had a go crawling through some of the bat filled tunnels, with Will resorting to crawling on his belly at some points to squeeze through. A very interesting place indeed.

The following 2 days we had booked to do a 2 day/1 night trip to the Mekong delta. However, while the Chu Chi tunnels were fascinating, doing them on a tour in a cramped bus and being herded around with what seemed like 10,000 singlet wearing 20-something year old tourists was horrible. So we decided to cancel the tour and head to Vung Tau instead for a much needed holiday! Besides, as we have decided to come back to Vietnam to do the rest of the country at a later date, we can do the delta then. And do it by ourselves!

The rest of our time in Vietnam was spent in Vung Tau (seperate post to come) and and exploring the different areas of HCMC including looking at the Reunification Palace – which has been left untouched (supposedly) since the north won the war in the 70s – and the history museum, which showcased the history of the city. HCMC is an intoxicating place which is a full assault on all of your senses.