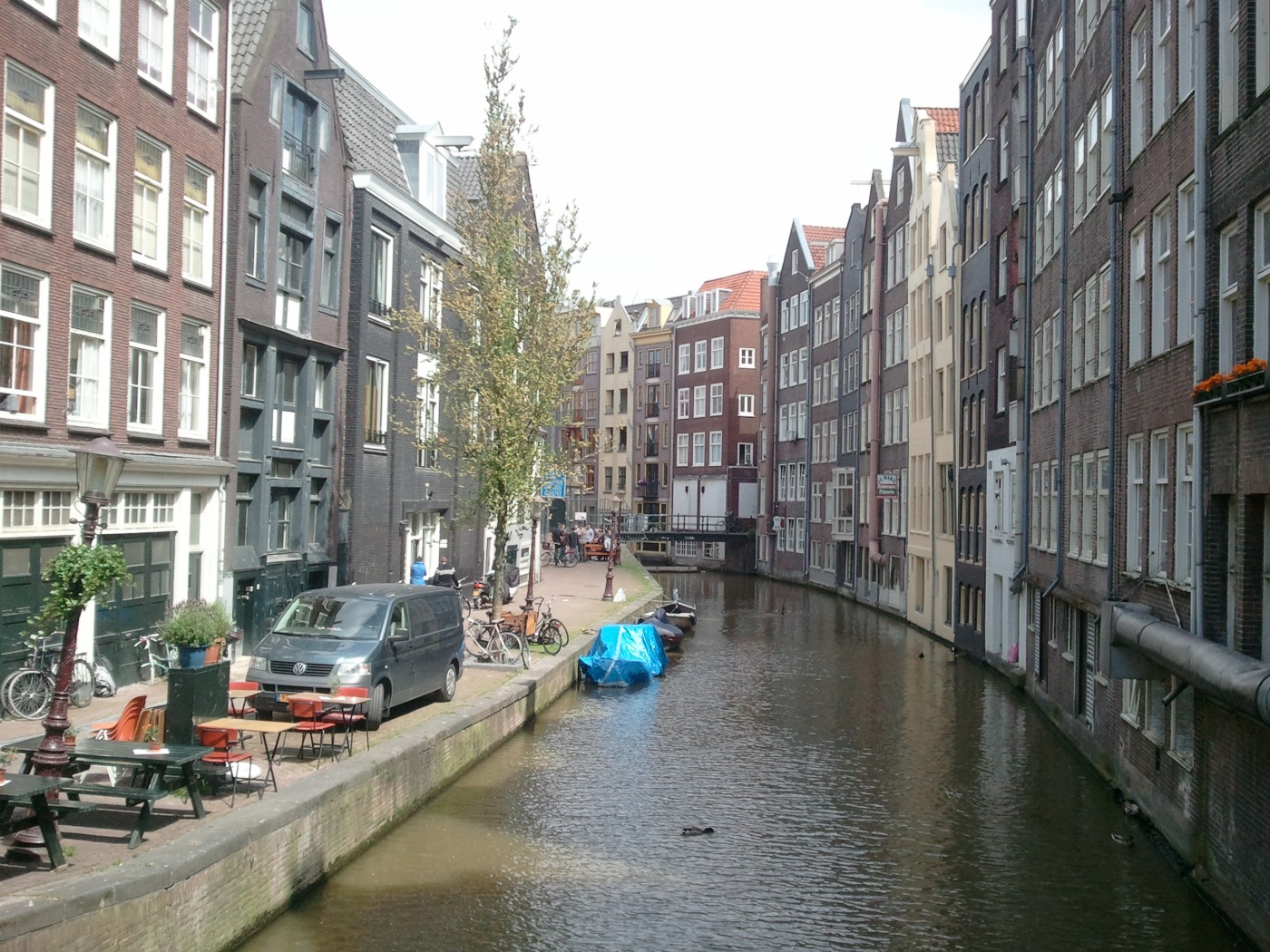 The hotel we had picked for Amsterdam was some way out of town. It was advertised as 30 minutes by tram, which we thought wasn’t bad at all. However, the tram from the main station took over 45 minutes and included a part where we had to walk to a different stop to get onto another tram going the same direction! A little deflated, we spent the rest of the afternoon wandering around the suburb. It was frequented by a large Turkish population with Muslim burkas being the predominant noticeable garment being worn. Of course with a large Turkish population came fantastic kebabs, which we ate on several occasions!

The next day we ventured into central Amsterdam, which this time only took 30 minutes. Before we set off exploring we had the small task of buying train tickets to Paris. €250 for a 3 hour train. Yikes!

From the station we wandered the streets up to the Dam Square and briefly explored the surrounding streets. I say briefly as Amsterdam was absolutely packed. Being the Saturday of the Champions League final, the city was full of yobs. (Which explained why our €75 a night hotel 30 minutes away was the cheapest thing we could find that was halfway decent!) Unfortunately this led to an extremely unpleasant atmosphere which led us to quickly depart the centre for the outskirts and some hanging in parks. Even there, escaping the drunks and steering clear of hens/stags night groups was an impossible task. A long walk back to the hotel for some exercise capped off a fairly disappointing day. 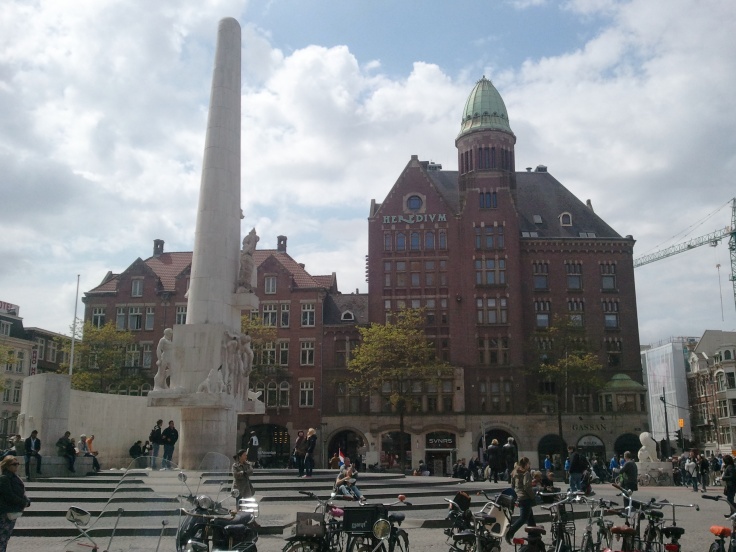 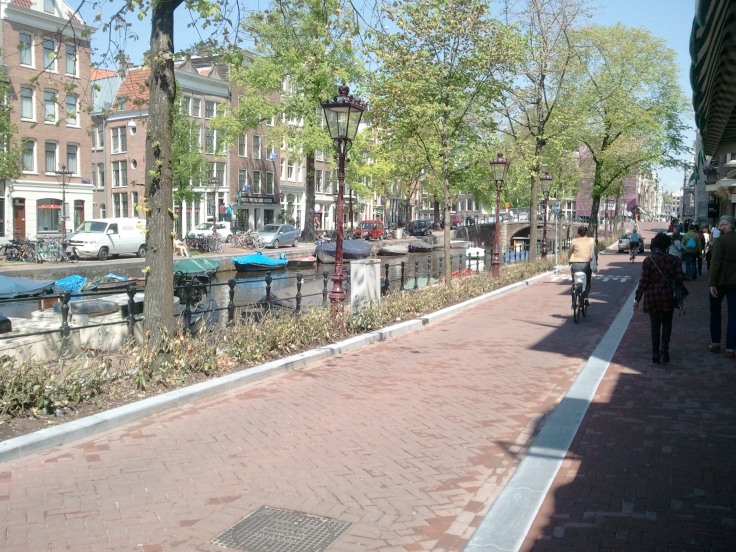 The following day we were not feeling great. Discouraged from our previous day and feeling slightly worse off from beers the previous night, we decided to have a lazy Sunday. A long walk in the park, F1 in the afternoon, and a sift around shops making a wonderfully relaxing day.

Determined to give the city a second chance on our last day we went in and hopped on a 1 hour canal cruise. From the first day, despite our overall feelings, we saw how beautiful the city was. The 17th-19th century buildings lined the picturesque canals throughout the centre creating wonderful city scenery. Seeing this from the water was great, and walking around was certainly beautiful. Oddly however a lot of buildings had quite alarming leans to them with facades looking like they were going to fall into the canals at any moment. We spent the remainder of the day wandering around looking at the sights.

Unfortunately, Amsterdam is terrible for walking. It is certainly a cycling city with cycling being the preferred mode of transport. This meant that cyclists were everywhere and because of this roads seemed to be split into separate areas for cars, trams and bikes with pedestrians coming a distant fourth in the priority stakes. It was so difficult to walk around and not get hit by any of the above, or even other pedestrians. We were exhausted just constantly looking around to check that we weren’t going to get hit.

To be honest, we absolutely hated Amsterdam. It’s the first place in all our travels that we look back at with loathing. Yes it was beautiful, the people were friendly, and the food was delicious. But its tourists and cyclists make it a horrible place to visit. For us anyway.

Next stop: Paris! And 4 days after that we will be renting a car to drive around France for 16 days. We can’t wait! 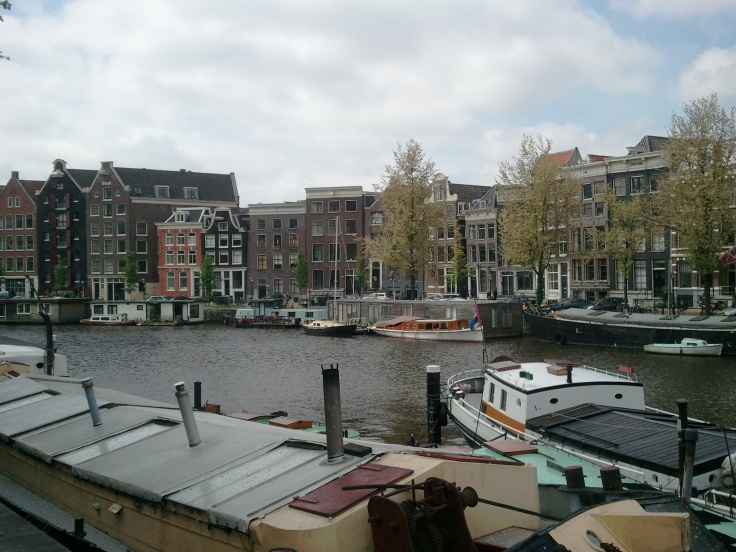 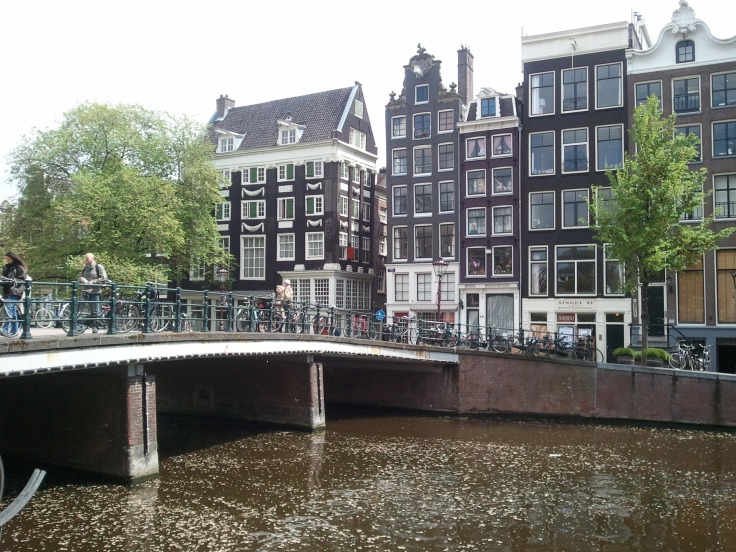