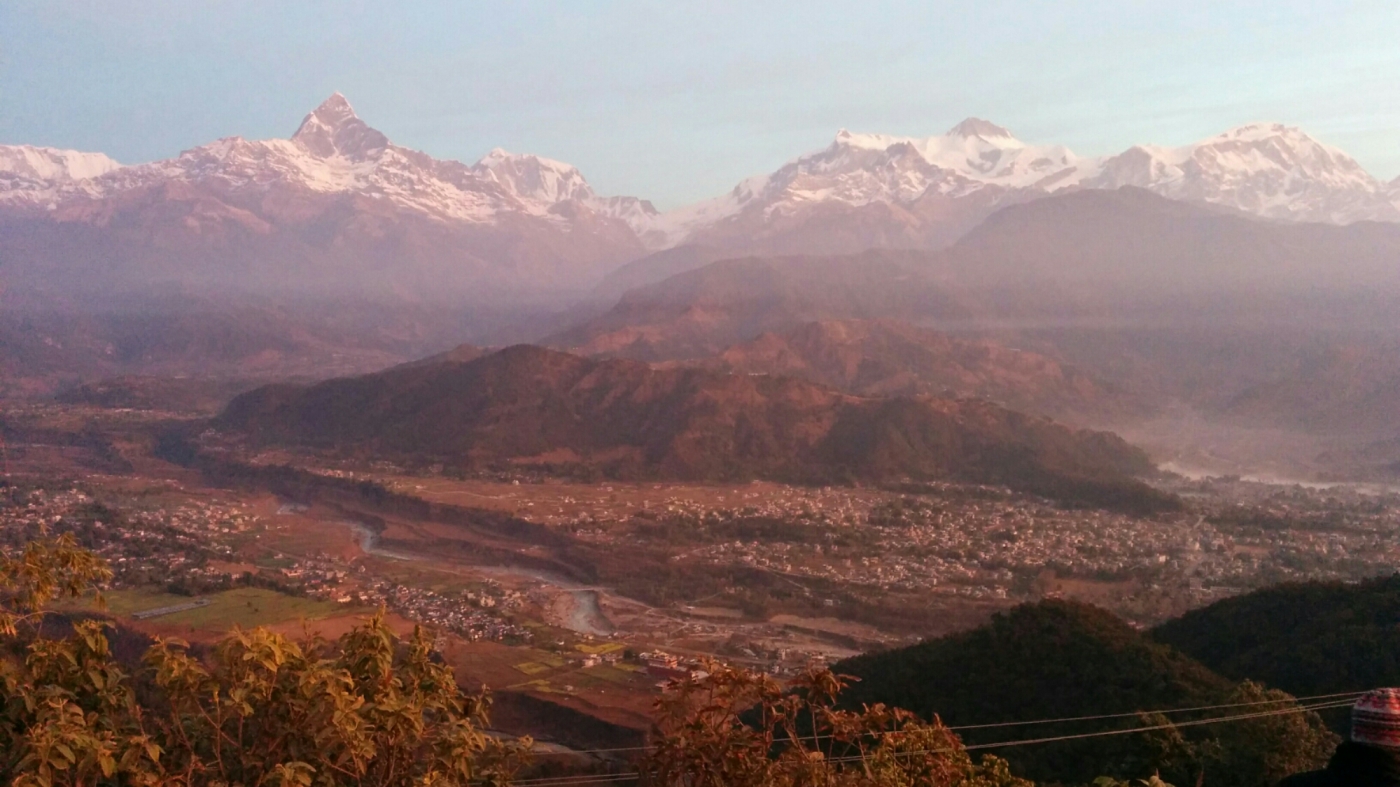 Are we cursed? Or is it just bad luck? ….we had our bus tickets and were ready to head to the lakeside town of Pokhara. Upon arriving at the bus departure area at 6:45am, we were informed that there was a strike today, and our companies bus was not running. Great. But fortunately we nabbed a couple of seats on a different bus. As we pulled away we noticed that all of the buses were travelling together behind a ute full of police in full riot gear, and also that every street corner had riot police stationed on it. It became obvious why when we came across a huge crowd waving flags, blowing horns and yelling loudly…but we passed without incident. The police escort stayed with us the whole way, even as we pulled over and waited for 2 hours on a hill outside Kathmandu to wait for all the buses to form one huge convoy. We later learned that no vehicles were allowed on the roads throughout the day, except for emergency services and tourist buses. Nepal takes tourism seriously, and did not want a general strike to impact on tourists.

After 9 hours (instead of the usual quoted 5-6) the bus arrived, and we wearily checked into our hotel and headed out for an explore. Fortunately the trip was very scenic!

Pokhara is really a town of 2 halves. The centre of town was just like Kathmandu, only with much wider streets and no alleyways. The lakeside however, some 5km away, is a fully fledged tourist area. Bars, restaurants, nightclubs, souvenir shops and tour guide offices line the main road, while all manner of hotels and guesthouses adorn the backstreets. Despite being extremely touristy, we enjoyed it, especially the pristine views of the lake.

We ended up staying for 5 days and properly chilled out, which was just what we needed as we had both picked up colds. We did lots of walking around the town, and also spent half a day kayaking on the lake (500Rs per kayak for 3 hours). There was the option of hiring a paddle boat for 710Rs between us, but we preferred the idea of kayaks. Will forgot however that he was useless at kayaking, and spent most of the time going around in circles and getting wet. But it was still great fun and the views of the ranges, having lunch in the middle of the lake, and watching all of the screaming paragliders make their way down the hill was worth it. 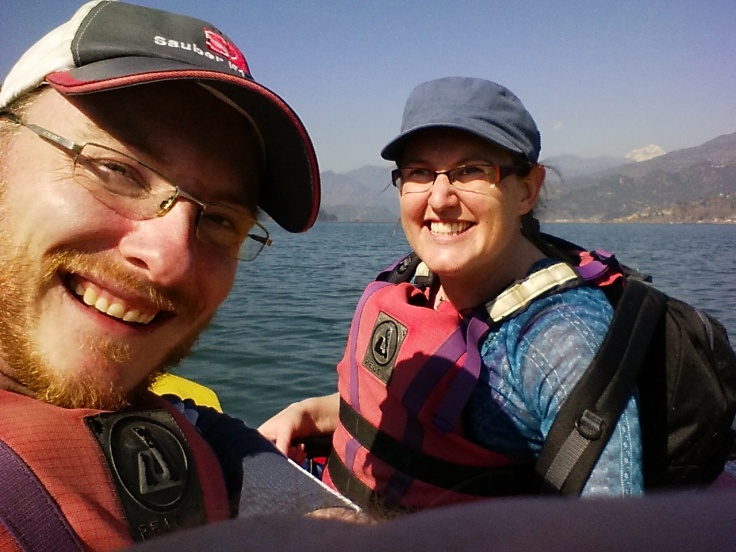 The other thing Pokhara is well known for is viewing the sunrise over the Annapurna ranges. We got into a taxi that our hotel had arranged at the ungodly time of 5:30am and went up the hill. The sunrise was stunning, although a few clouds robbed us of the bright colours that the view is famous for. Taxi cost: 1200Rs for a return trip and waiting for an hour at the top. Cost to get up the hill: 60Rs each. 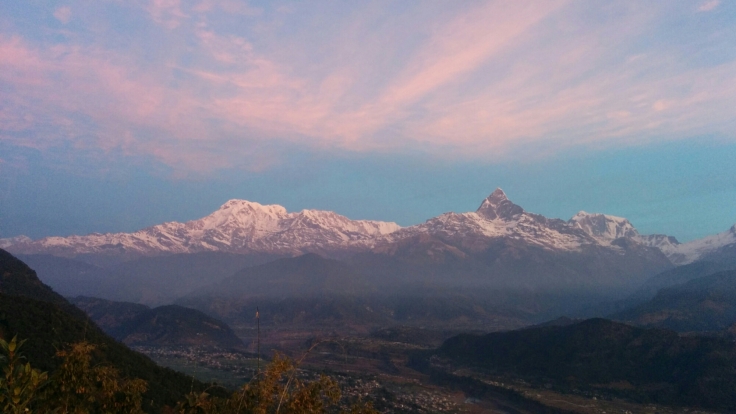 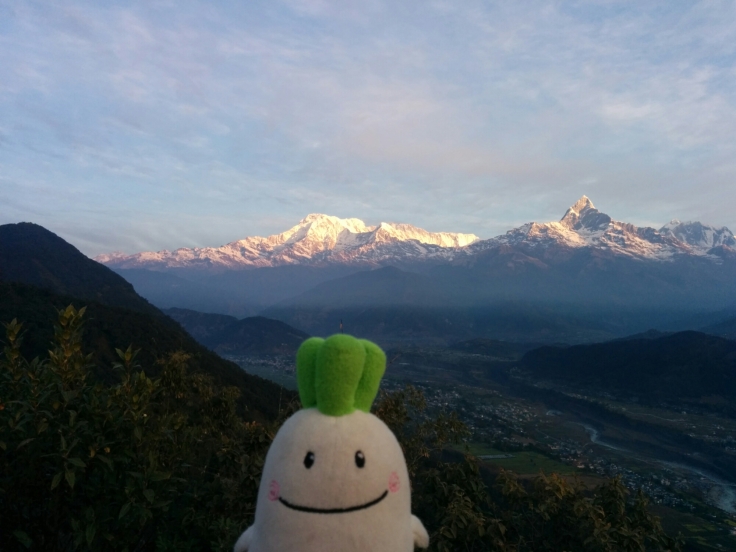 That evening we packed, still feeling sick, and prepared for the trip back to Kathmandu.