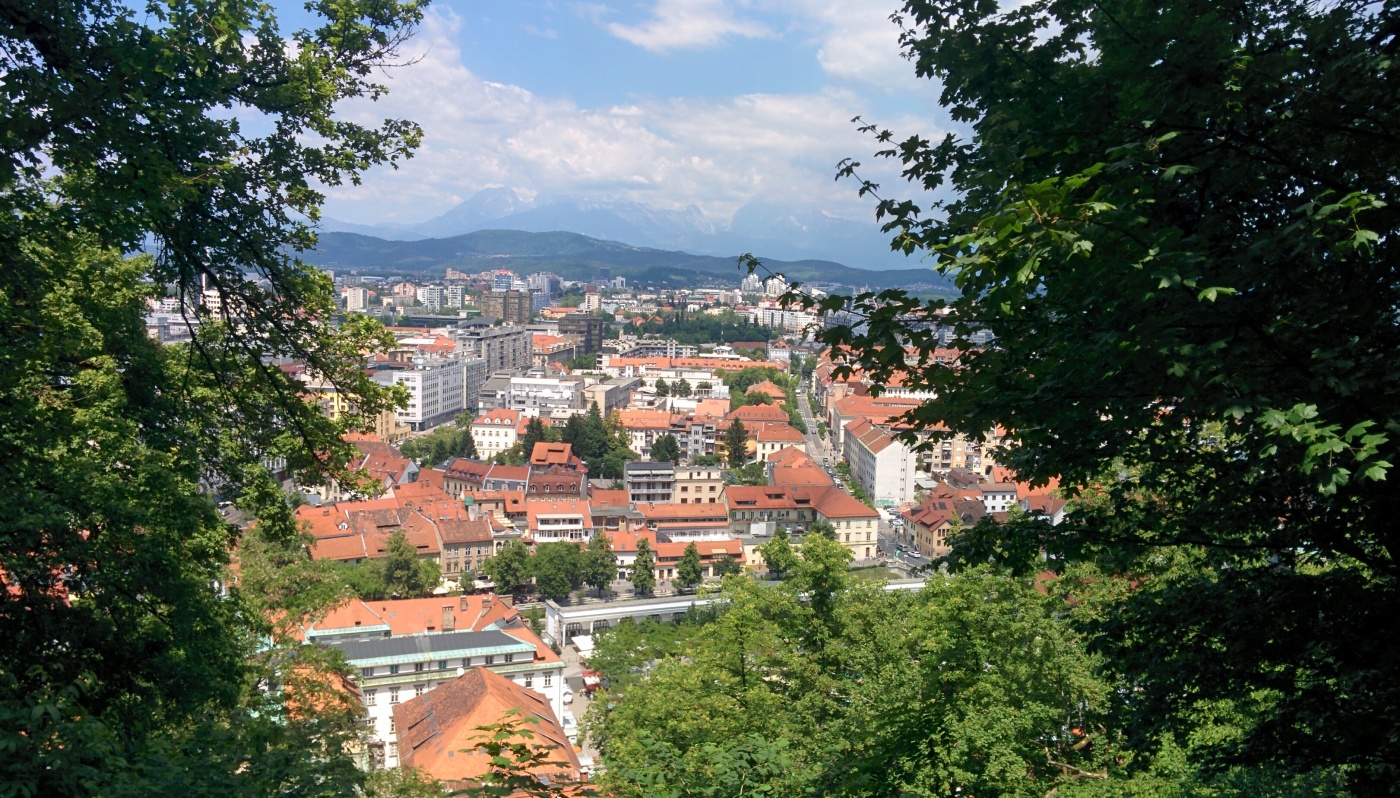 The first thing that we had read about Ljubljana (pronounced “LL Cool J”) was that, unlike most European capital cities, there were no sights in the city as such. Hence it was a city to just wander around and experience daily life, which sounded like it was right up our alley.

The first afternoon was a Friday, and our first explore yielded two striking observations: 1.) There were no tourists, and 2.) The majority of people were university aged, making it feel like a very young city. It had a very cool vibe. 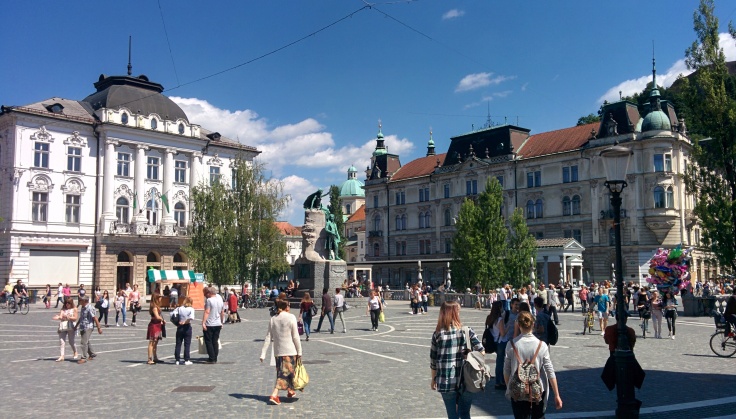 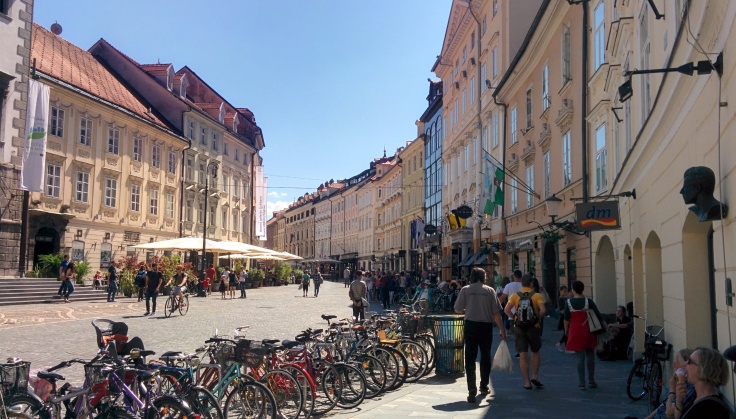 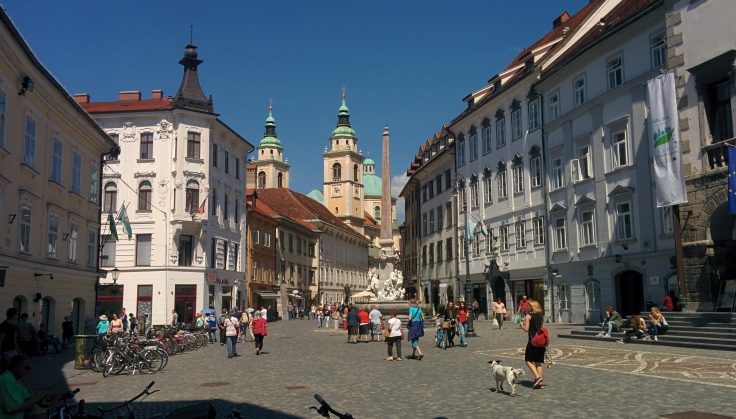 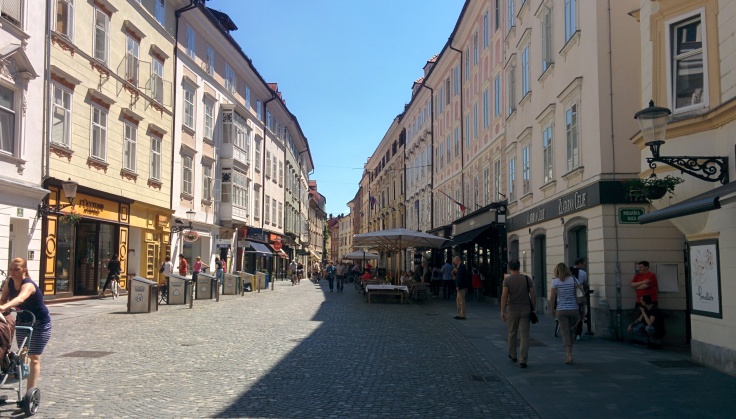 The next day however was completely different. The university students made way for families, DINKs, and older people, completely changing the feel of the city. There were events going on everywhere: there was a marathon in the park, market day in the square, a large Lions march with marching band, dozens of stalls set up down the main street of the centre, people in traditional dress, kayak and canoe racing on the river…Every taste was catered for. 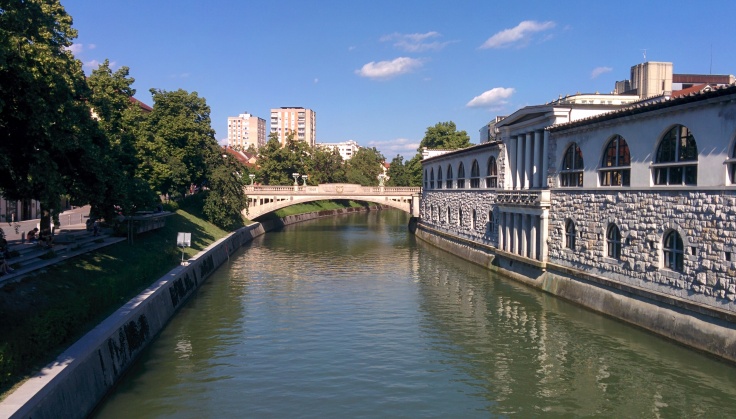 There isn’t really anything else to write about Ljubljana. It’s a place where you go and experience rather than see. A place where the city itself is the main attraction. (Oh, except the castle at the top of the hill which was nice.) And because of that, it is one of our favourite small capital cities in Europe.

But alas, we were desperate to eat, and so the next day we headed for the appropriately named next country (get it?!)