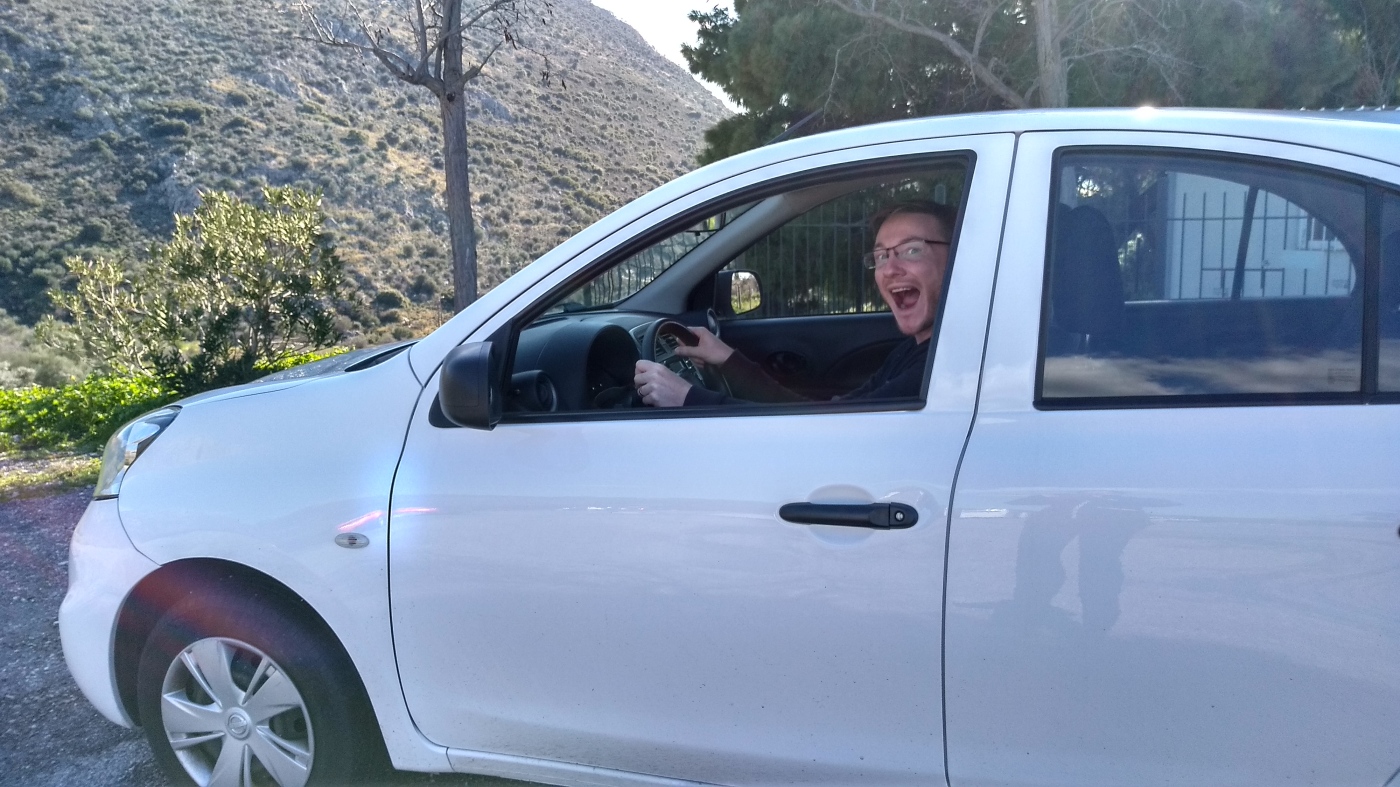 After an interesting pick up routine (possibly due to us arriving 1 hour early due to over excitement) we got the car. It was a bit beat up, not the model we expected, dirty, and empty of petrol. Good start. But fortunately it was so scratched that they just put crosses everywhere on the inspection sheet in a very “ah, it’s wrecked, so we don’t care” manner. I guess that’s good?

We had an old phone to use as sat nav to get us around using downloaded Google maps (we have never bought a sim card while travelling, nor used data roaming. Don’t see the point really). It worked perfectly much to our relief. Until the first intersection where we got lost. Yay! After some *ahem* spousal arguments in the car, we stopped for some petrol, figured out the error, and carried on. It was so good to be driving again!

I had assumed, rather cautiously, that driving in Korea would have prepared me for Greek drivers. As I would find out over the next 2 weeks…I was right. I’ll write about that in another post.

Our first blat was only a couple of hours from the centre of Athens to the beautiful town of Nafplio. It went past so quickly such was our joy to be driving again. 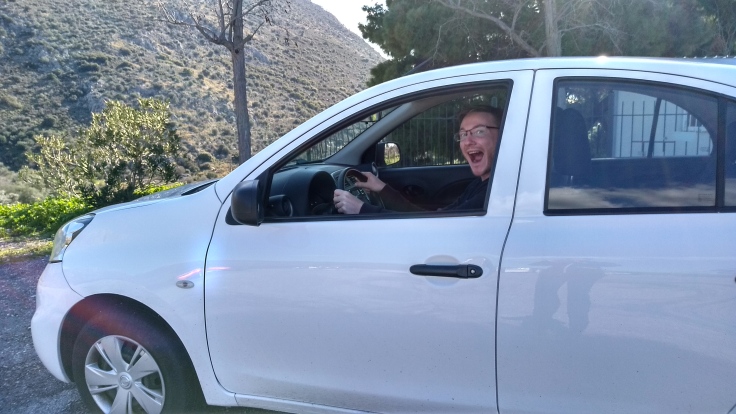 Next stop…Um, as I said: Nafplio (spoiler alert: it ain’t naf)