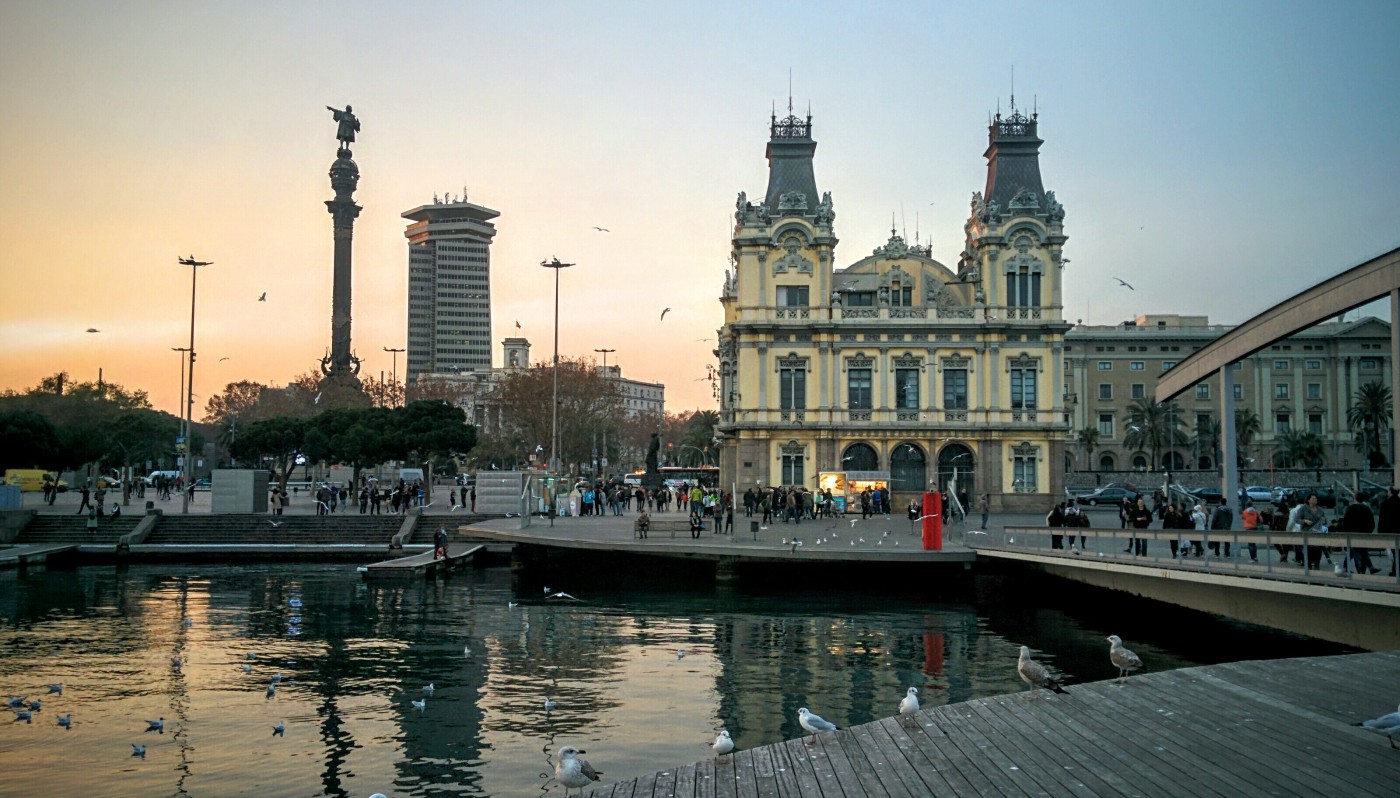 Barcelona. Shithole of a city. There. Blog done.

No, apparently I have to write more. Great. Let me back up a bit and start from the end. We found Barcelona to be one of the most touristy places that we have ever been. 90% of the people there appeared to be tourists, and the number of groups on trips numbered in the dozens. Perhaps it is because we had become used to stunning Spanish architecture and food by this point. Or perhaps the reason so many people love it is because they go for the weekend, leaving from and returning to their previous jobs either side of the trip which would make it seem that much more magical/amazing/not shit.

I have really struggled with this writeup. The whole purpose of this blog is to serve as our own diary so we can look back at our travels and read how we were feeling at the time, and it is for that reason why I’ve tried to never hide what our true feelings were. But still, why do people love this city so much!?

We arrive by train, and everything was as easy as ever. Hotel found. Bags dropped off. Exploration commenced. But we found that we were walking with seemingly the whole of England wherever we went. At times we thought we were in the UK there were that many English voices around us. In fact, such was my disappointment in this city that I’m not going to bother. So this is what we did:

–      Saw Plaza de Toros bullfighting ring. This was actually very cool, and has been kept in a somewhat decent condition. It would have been amazing to see some bullfighting there, although simply standing out in the middle was an interesting place to be.

–      Castell de Monjuic. Easily the best place in Barcelona giving great views of the bay and city, and also had some great displays and information on the history of the castle.

–      Saw the La Sagrada Familia. Not finished. Shockingly expensive to get in. Looks like a (poor) modern take on medieval architecture.

–      Saw Barcelona Cathedral. It was ok, but no different from other cathedrals, except that it was full like a can of sardines.

–      Barcelona airport: amazing place, as it meant we could leave!!!