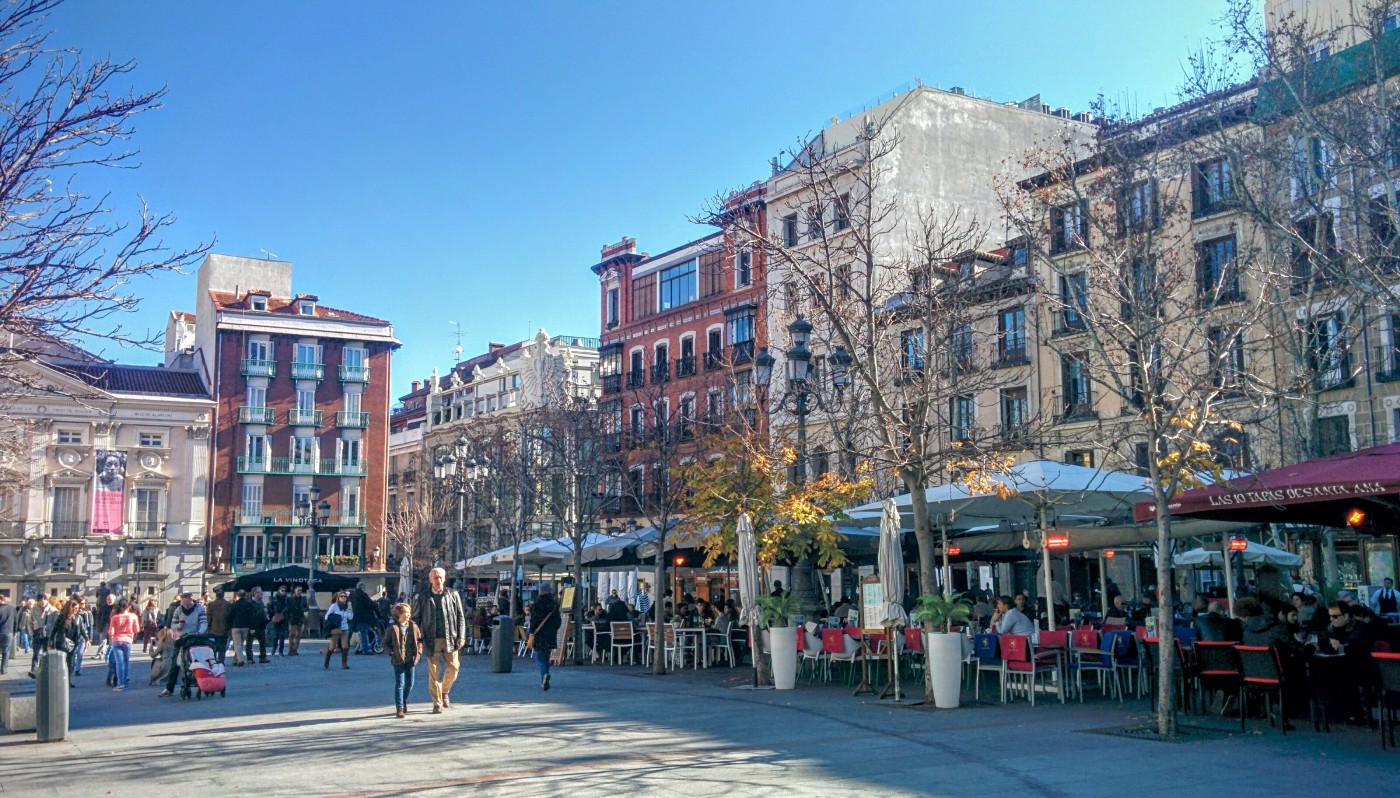 This had been a long time in-between innings. With the exception of 5 days in Japan over the summer, we had not done any travelling for over a year, and we were beyond desperate to get on a plane and jet off somewhere. The dates of our month off were slightly misaligned, resulting in Sam having a week in Hong Kong before our trip, and me having a week and a half in Japan after we got back. But that still gave us 3 weeks off together. We chose Spain and Morocco, which would complete Western Europe and also enable us to set foot in Africa.

After a pretty pleasant couple of flights we arrived in Madrid. We were tired, but raring to go, and quickly dropped our bags off at the hotel and started exploring. The phrase “assault on the senses” is usually used to describe countries such as Vietnam, Bangladesh or Thailand – the type of countries that are polar opposites to where you live and where every sight, sound and smell is exciting and eye opening. However, because we had not set foot in a Western country in over 2.5 years, Madrid was genuinely an assault on our senses. People wore perfume. The smell of food (particularly from bakeries) was overwhelming and mouthwatering. So many people were running in the parks (a sight almost never seen in Korea). The number of smokers was staggering. The politeness of people in everyday situations was heartwarming. I could go on and on, but I won’t.

Our first afternoon was somewhat dazed due to jet lag so we spent it and the following day simply walking the streets, admiring the architecture, and watching people go about their daily lives. We had realised over our past few trips that what we sought for when we travelled is to see how locals live, and to get an idea of what it is like to be from that country. Famous sights are all well and good, but they pale into insignificance next to the feeling of being down a local street eating at a local café/restaurant/street stall/eatery. The best thing about Paris is not the Eiffel Tower. The best thing about London is not Big Ben. The best thing about Seoul is not Namsan Tower. The best thing about Hong Kong is not Victoria Peak. The best thing about Haenam is not…um…the bus terminal. In saying all that we did see several sights in Madrid and most of these were on our third day, our favourite being The Royal Palace. We always enjoy palaces and to see the amazing architecture, artwork and pure grandeur of the place was breathtaking. The Plaza Mayor was also a spectacular sight, although a little too full of tourists for our liking who were attracting the inevitable pickpockets and aggressive waiters insisting that you eat at their restaurant. But no matter, walking around the rest of town was a pure joy, and eating seemingly endless quantities of bread and jamon was even better! Not to mention the coffee…. Our final “sight” of the day was an evening in the giant Parque de El Retiro, conveniently situated opposite our hotel. It was nice to be in a park again, and looking out over the lake to the Palacio de Cristal was a particular highlight.

Our final day in Madrid consisted simply of more walking around streets and sussing out new cafes and quirky buildings. The only exception to this was a visit to the Naval Museum, which housed countless displays from Spain’s rich maritime history ranging from weapons to stunningly detailed model ships.

It’s hard to put in to words how much we loved Madrid. I’m a firm believer that your feelings towards a certain destination or trip have a lot to do with both prior expectations and how you have been feeling about life in general for the previous couple of weeks. We had heard that people did not like Madrid, and a lot of the advice we saw online was to land and then leave on the first train. Maybe it was because of those reviews that we decided to stay for 4 days (even though one was pretty jet lagged) and we are glad we did, because it rocketed into our top 10 places. Madrid, combined with a year of no travel, a freezing cold town where we lived, and desperation for travel, resulted in one of our best travel experiences ever.