Having stopped just briefly enough in Podgorica to sleep and eat yet more amazing food, we  took a minibus to the beachside town of Budva. As we wove along the steep mountain roads we had stunning views of the Mediterranean and little towns dotted along the coast. 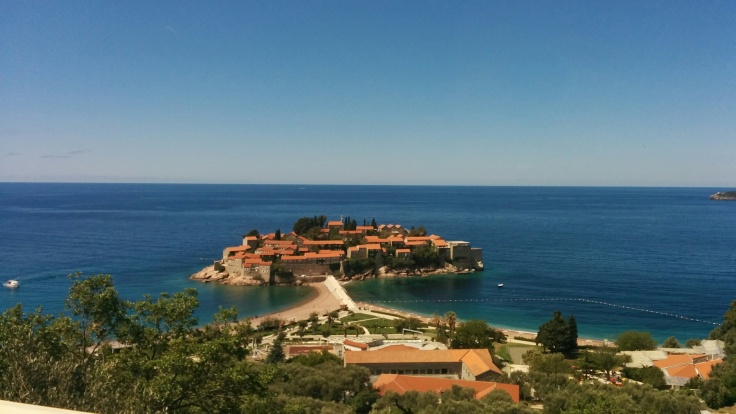 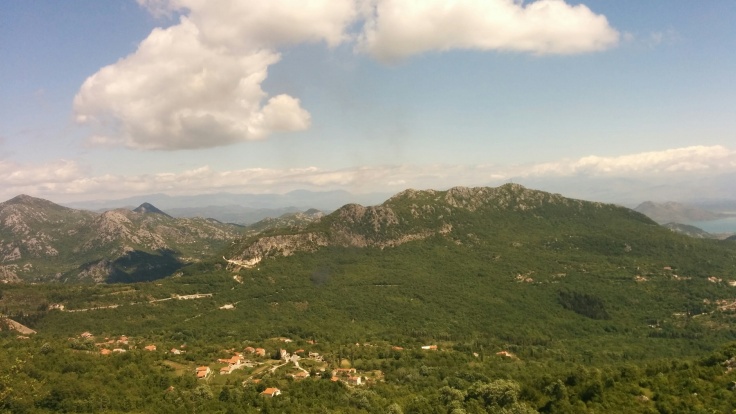 We had low expectations of Budva as it had been billed as a beach party town, but had booked two nights in an apartment within walking distance of everything anyway. After our troubled start to the trip we took our time to explore the town and spent some much needed time catching up on some R.n.R.

Budva is situated in a beautiful bay with pebbled beaches and stunning clear water. Along the beachfront are many bars offering European style beach chairs all lined up and ready for you to fry on, while listening to the beach front DJ’s pumping out techno tunes…not really our cup of tea. In saying that there is a certain charm about the place. The locals are friendly, the food is amazing and there was such diversity in the people with locals and varying tourists from leathery brown grandma’s to itty bitty bikini girls. It is a fantastic spot to people watch. 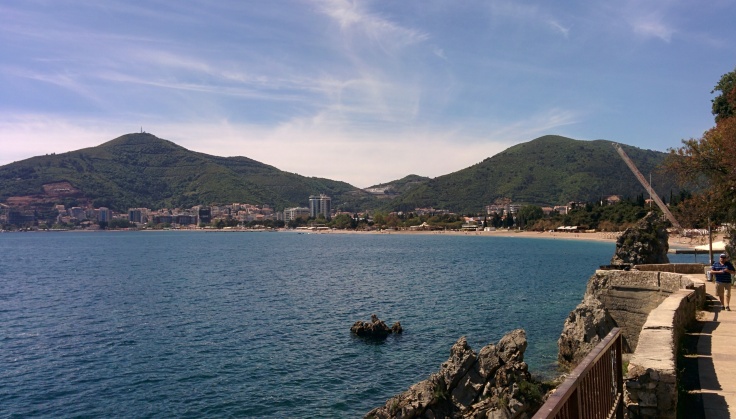 The old town (Stari grad), which  was originally an island, is situated to one end of the bay and offers more of a cultured feel. The fortifications date back to the 15th century and has picturesque narrow cobbled streets that take you back in time. After an explore, we followed a walkway along the coast to another hidden beach and more views of the old town and the sea. 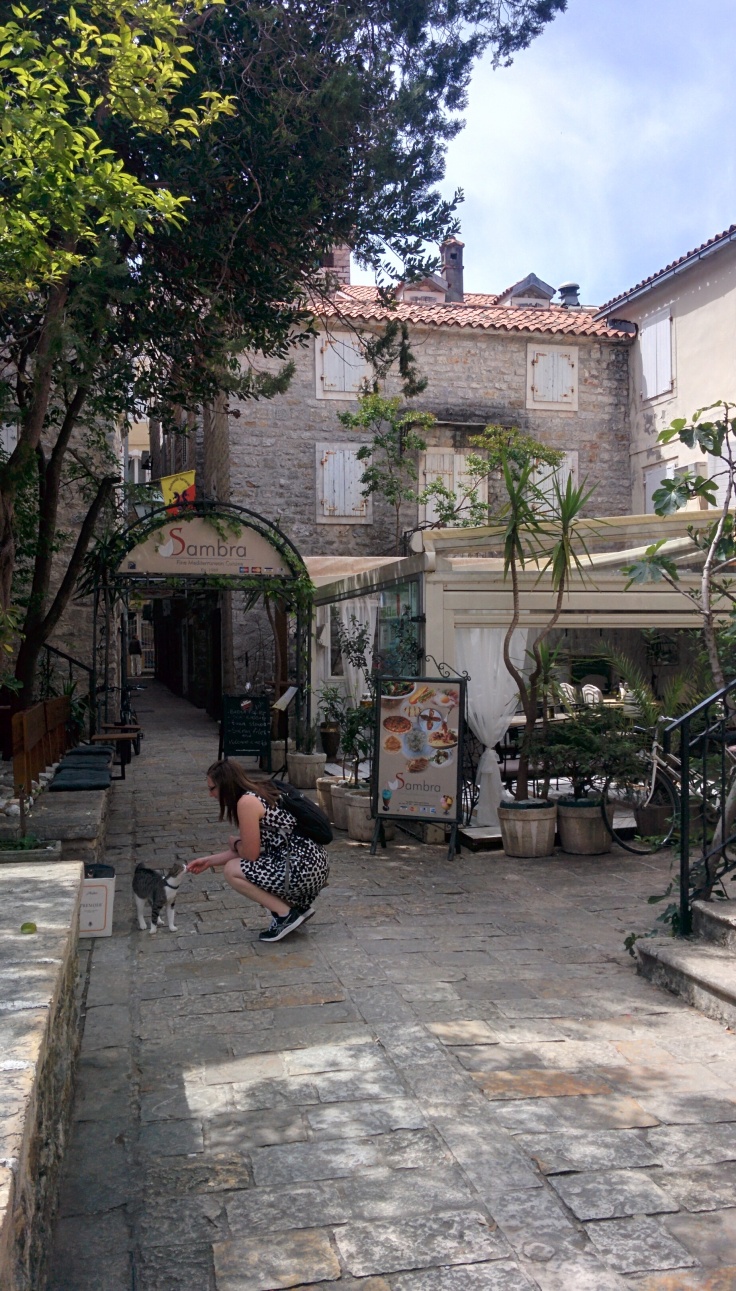 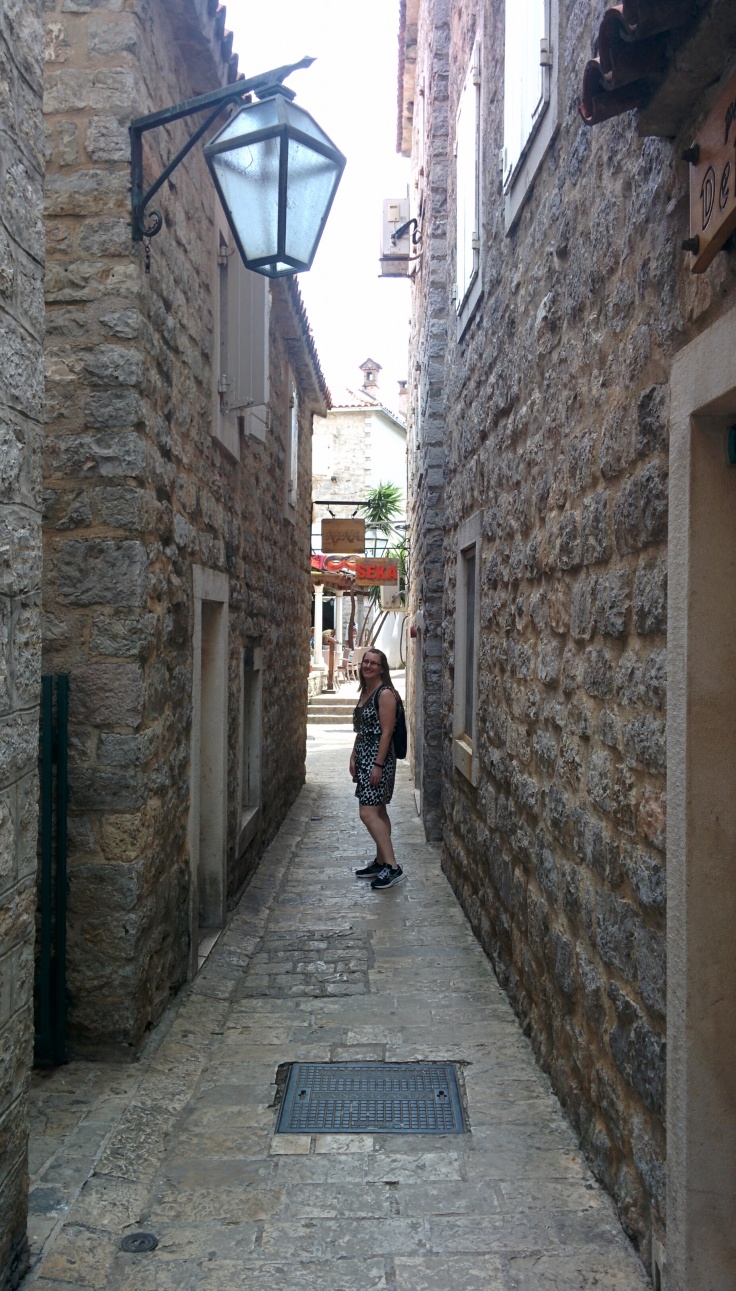 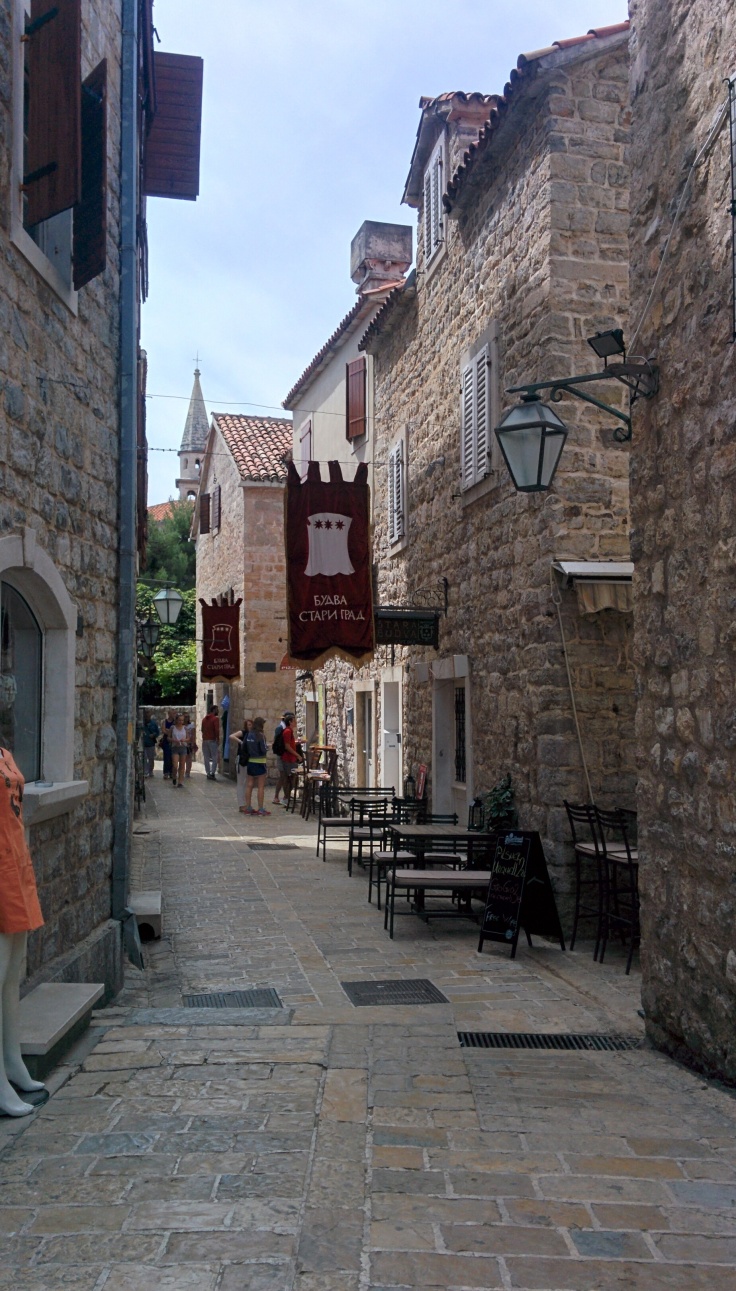 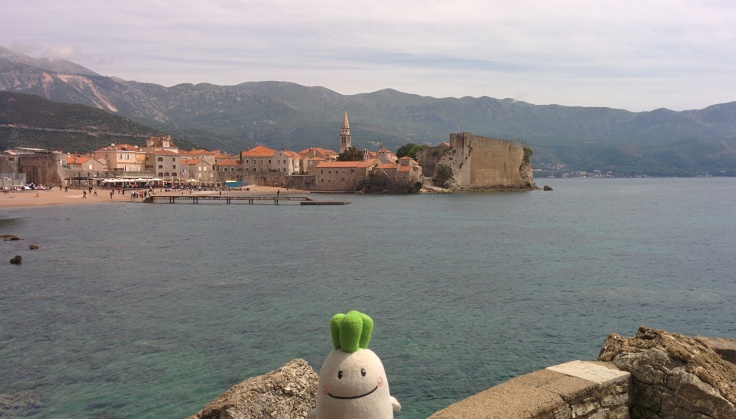 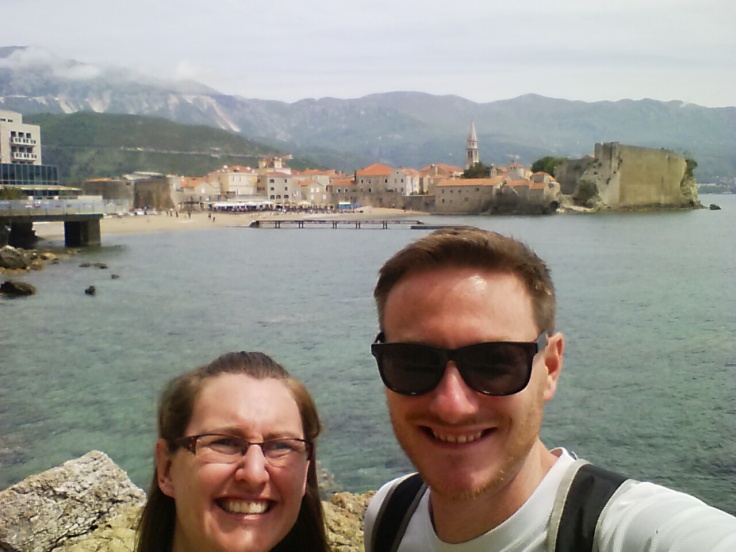 All and all Budva surpassed our expectations. I don’t think either of us would cope during the peak season but it’s a nice enough wee town to chill for a day or two, although seeing copious amounts of half naked people walking around was certainly a culture shock after spending the previous 4 years in ultra conservative societies!

Next stop Kotor, reputed to be the most beautiful place in Montenegro.

One thought on “Budva, Montenegro”