Before I start, I would like to state a few things that I had read about Podgorica:

“The city has no character.”

“Don’t bother going. Get on the first bus or train out of town.”

Our initial impressions weren’t great, as the host of our apartment hadn’t turned up and we had no way of contacting him. That was until an elderly gentlemen asked using body language if we were ok. When he realised that we were looking for his neighbour, he grabbed another guy from the apartment complex who spoke English, who promptly found someone else who had his number and called him for us. After a round of handshakes and the biggest smiles, we mentally struck out the rude locals sentiment. In fact, even though we were only there for one day and night, it is one of the friendliest places that we have ever been to.

“The city has no character.” We can only assume that the posts we had read saying this were from people who wanted another Belgrade, or Budva, or Paris. Sure, the buildings were all relatively recent, mostly dating from the last century. But we found the city oozing with character. The central shopping district had a fantastic cafe and bar strip buzzing with people, while the suburbs had an odd vibe of being full of people bustling around, but in an incredibly relaxed way. Close to the centre was also a large river which harboured kayaks and areas to relax on the banks. And close to that was an old bridge dating from Roman times as well as ruins of an Ottoman fortress. The night that we were there had an open air concert with a choir playing songs, and saw them practice before the event. But instead of using instruments they used their voices. Hearing them sing “Du Hast” was extremely impresive. So yeah, character aplenty! 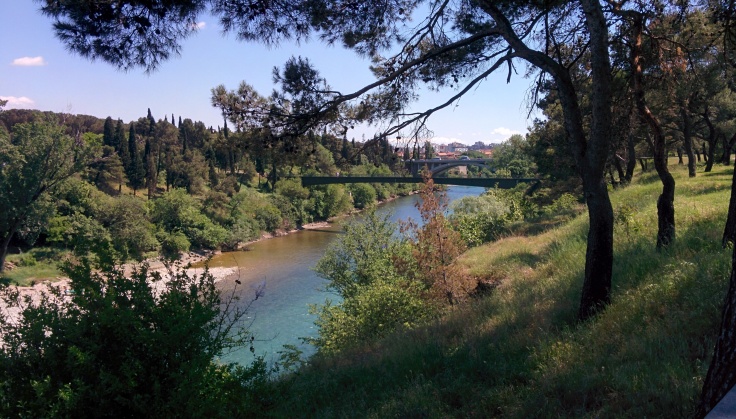 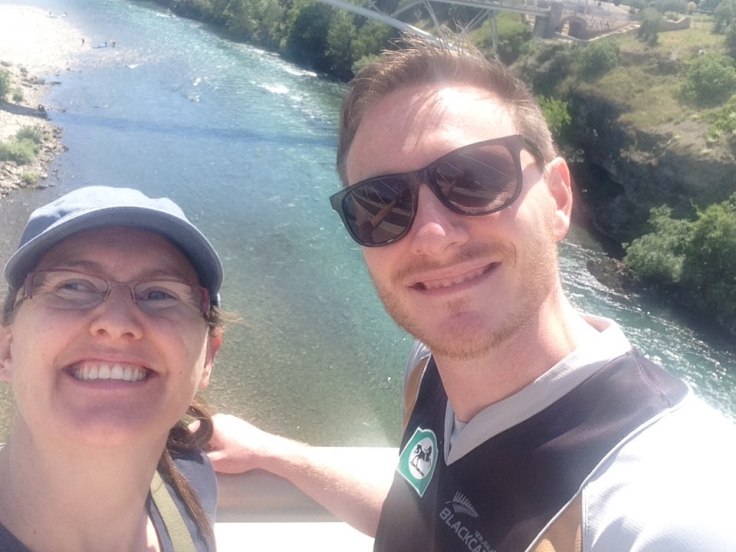 “Boring grid design.” Um…Not liking somewhere because the main roads are laid out like a grid. Yeah…No comment.
“Don’t bother going. Get on the first bus or train out of town.” Whilst Podgorica is a small capital city, it is certainly worth a day to explore. We found it to have a great vibe, and is one of the few places that we have visited that we could easily see ourselves living in. Perhaps that is because there were no tourists there at all…Something we enjoy very much!
So tomorrow we leave Montenegro. What a country. We have a small list of countries that we will revisit, and it has very quickly made it onto that list. We have loved everything about it, and are so glad that we came – we very nearly weren’t going to!

Next stop, Sarajevo in Bosnia and Herzegovina. Will lived in Belgium during the Bosnian war, and so heard a lot about the country during that time. So to see it will undoubtedly be quite the experience.