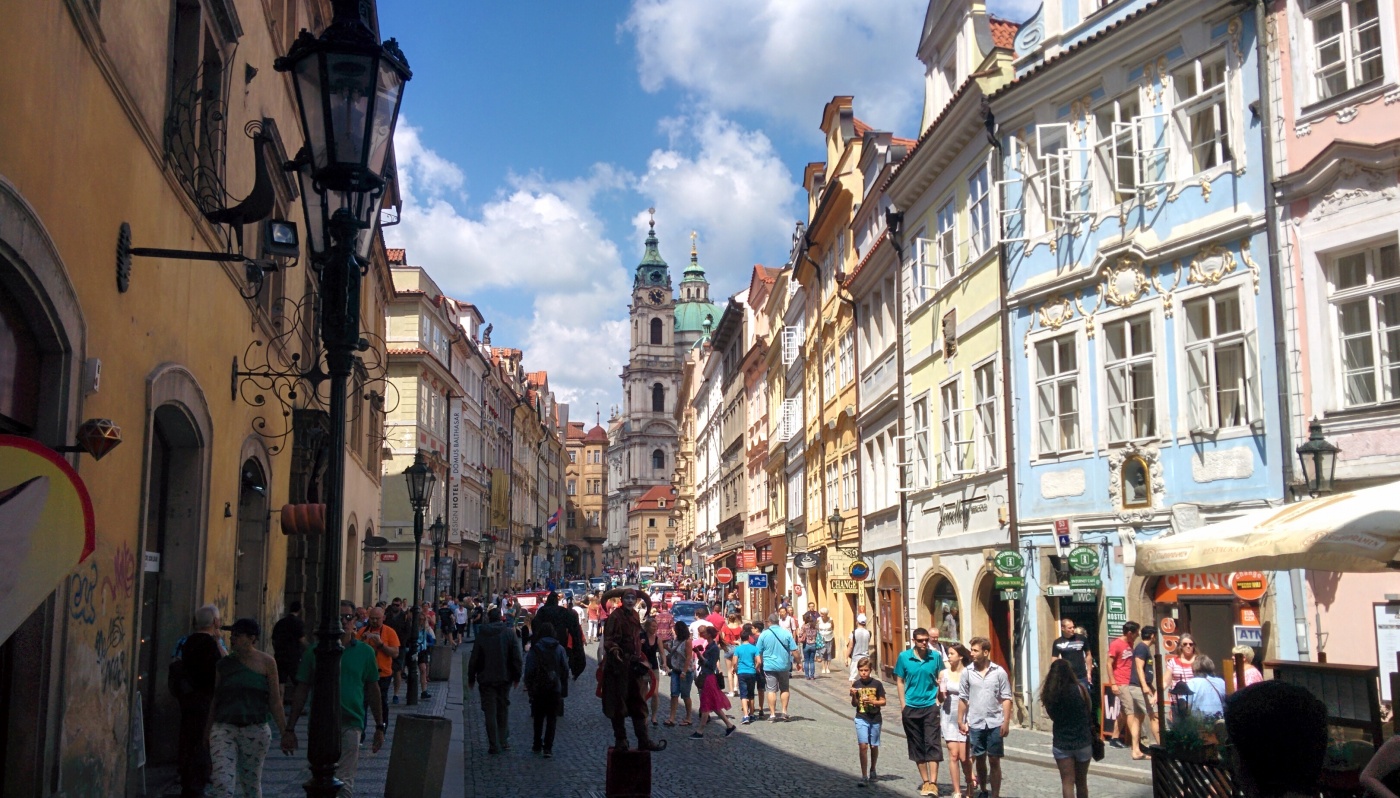 Prague, along with Budapest, is one of the cities that we had heard the most about – and also heard how amazing, beautiful, and popular it is. We had planned for 5 days there, however that ended up being cut back to 3 (as we will write about in the next post).

The first afternoon consisted of wandering around the suburb where our hotel was in Prague 3 near Florenc. Unfortunately, lunch disagreed with Sam, and so she had to cut the exploring short while Will went on a wander around the church and the nearby Vitkov park.

Our first full day in Prague started as you’d expect: jumping on the subway and heading straight for the old town. Without adding too many generic details, our impression of the old town was beautiful, amazing architecture, but also seething with tourists. 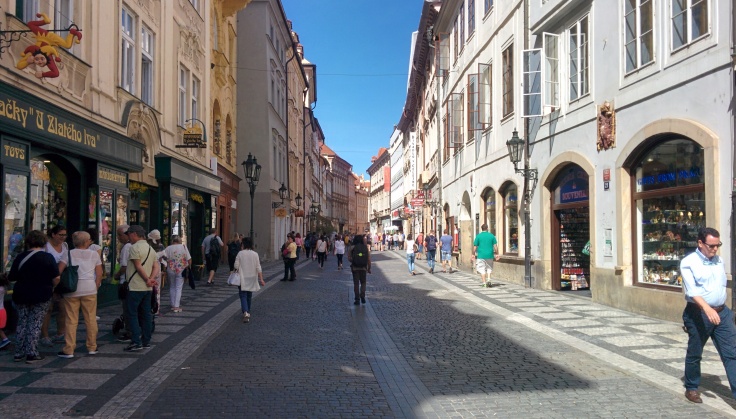 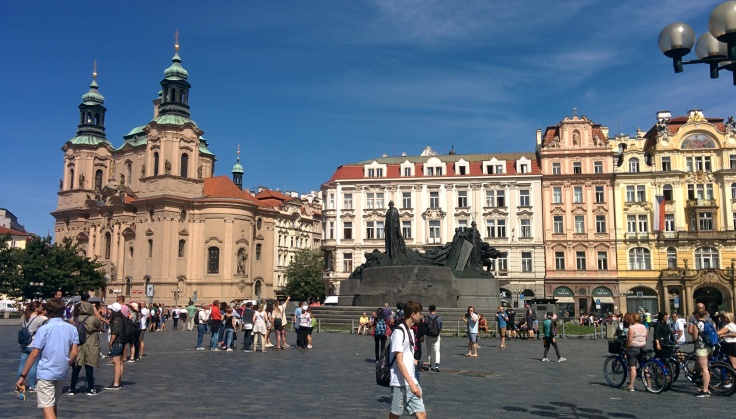 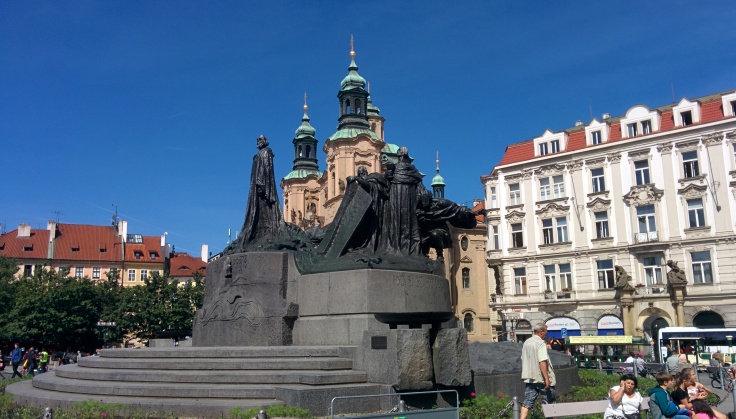 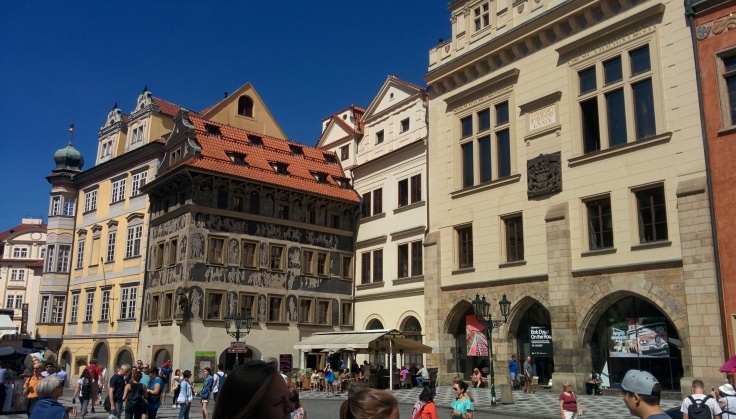 After lunch we were looking for a bit of respite from being in a tin of tour group sardines. So we rented a pedal boat on the river. Not only was it extremely relaxing, but we could see the buildings and bridges much easier, while devoid of thousands of people. 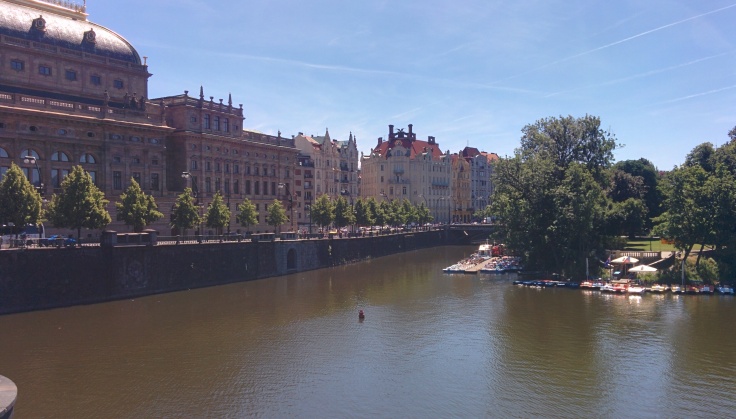 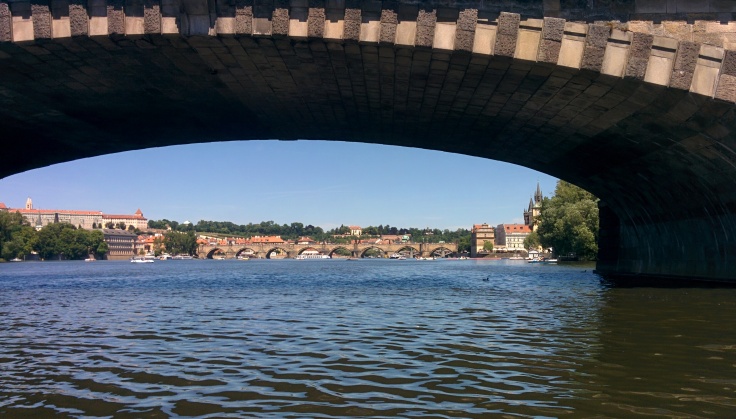 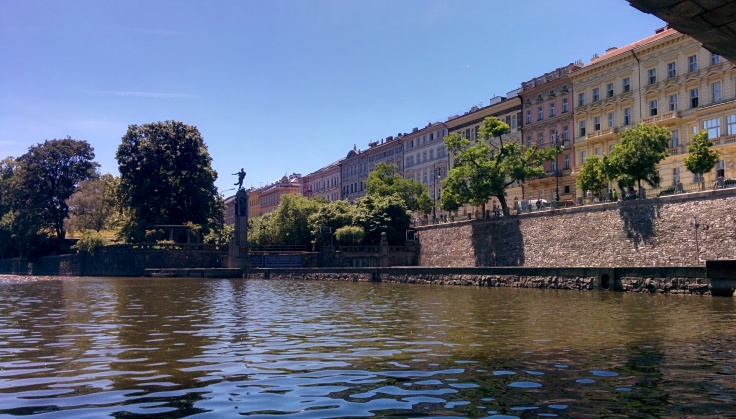 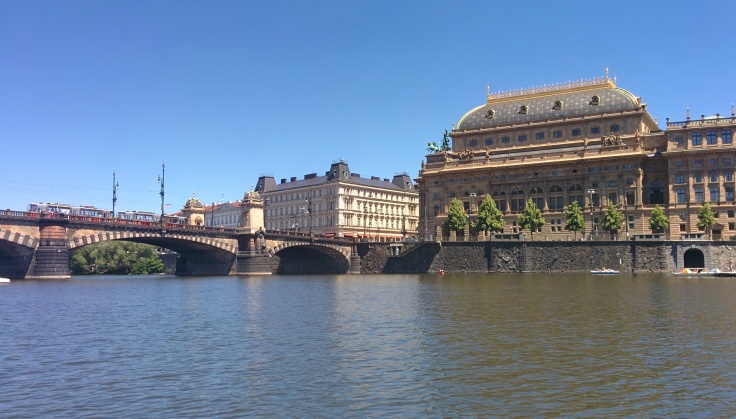 The only downside was that the oppressive heat did make Will a bit sick (anything longer than 1 minute in sunshine over 10 degrees, and he’s melting). So we retreated to the area by our hotel and decided to go to a museum which Will had found the previous night: the National Monument in Vitkov (or something like that). We had no idea what it really was, other than a very brief and inaccurate overview from a cursory internet search. Suffice it to say that it was one of the weirdest places that we have ever been to. We were laughing at points as we had no idea what was going on…At first there was history about communism rule and WW1 in the Czech Republic, with displays throughout a vast concrete Soviet style building. Then it gave way to the history of PE in schools in the Czech Republic….Um….Ok….With old gym equipment, videos, Olympic pictures, school uniforms, and machine guns….
The final room on the ground floor was a large mausoleum with a tomb of an unknown soldier. It was impressive. Then we saw stairs leading to the basement. We went down, and found a corridor detailing the life and death of Klement Gottwald who ended up dying in 1953, who was then  placed in the mausoleum. But what was really weird was that every year, for 10 years, he was re-embalmed to preserve his body. The basement we were in held the embalming room, complete with original equipment. It was ridiculously creepy. 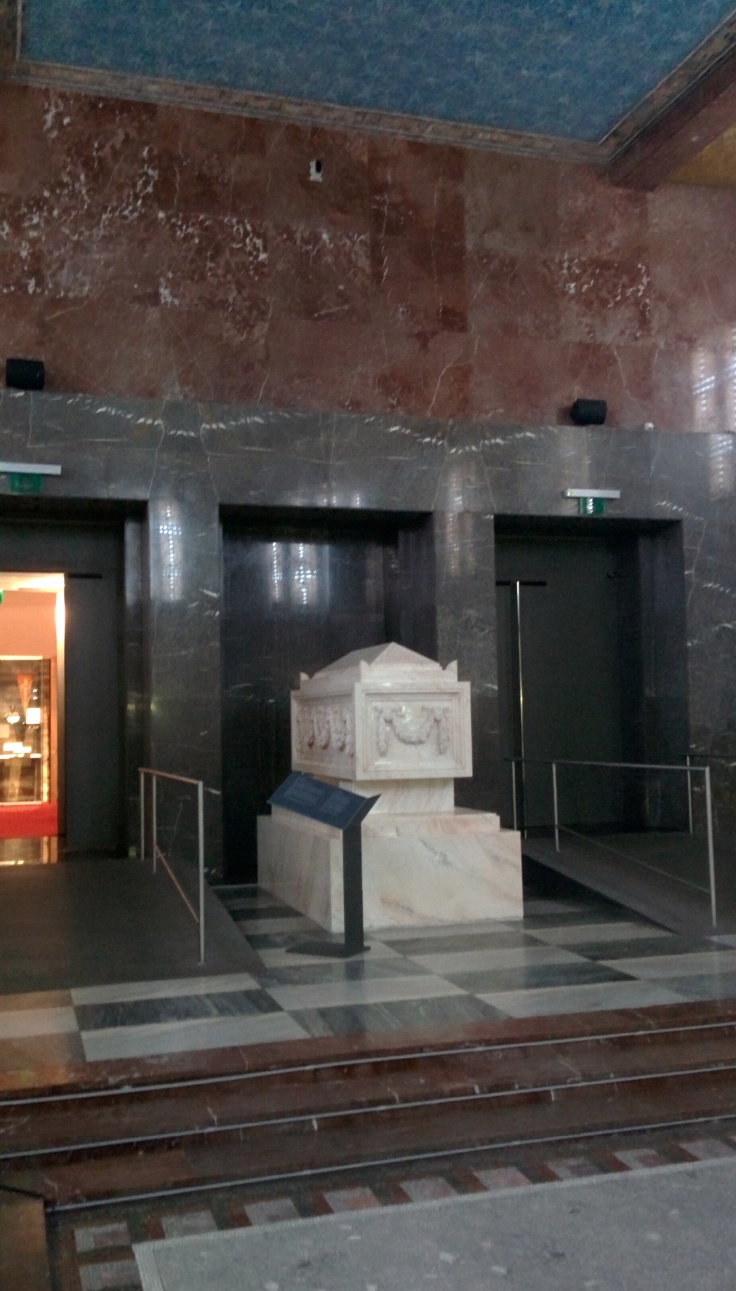 The final part of the museum was a view from the roof, which was accessed via a massive conference room. The whole building was one of the weirdest places we had ever been to. 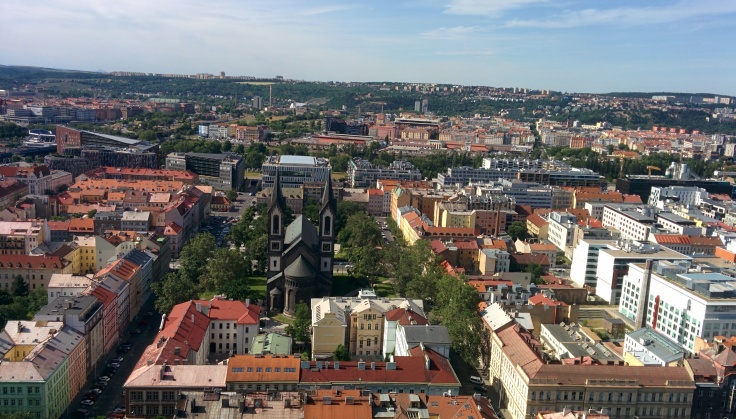 The following day we crossed the river using the Karluv bridge. The bridge is famous for a bunch of statues lining it. Woot. 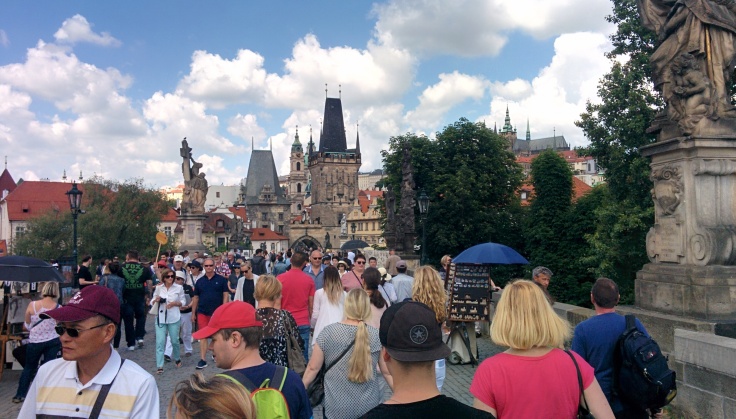 We explored the area, stopping off in Vladstejnsky Palace to look around, before taking a random walk back to the hotel via several streets which were deserted by tourists – and proved to be some of the nicest in the city. 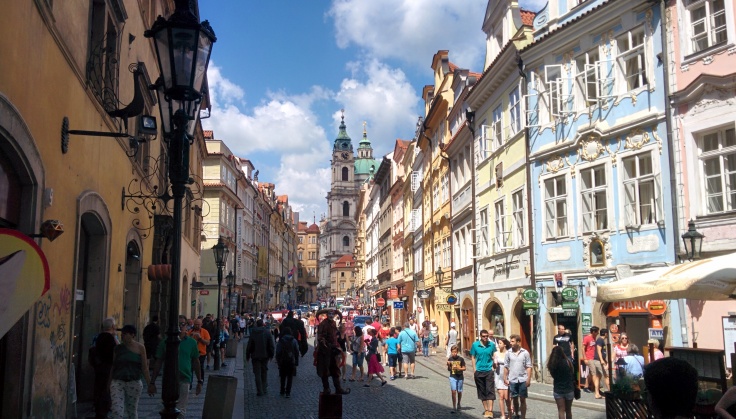 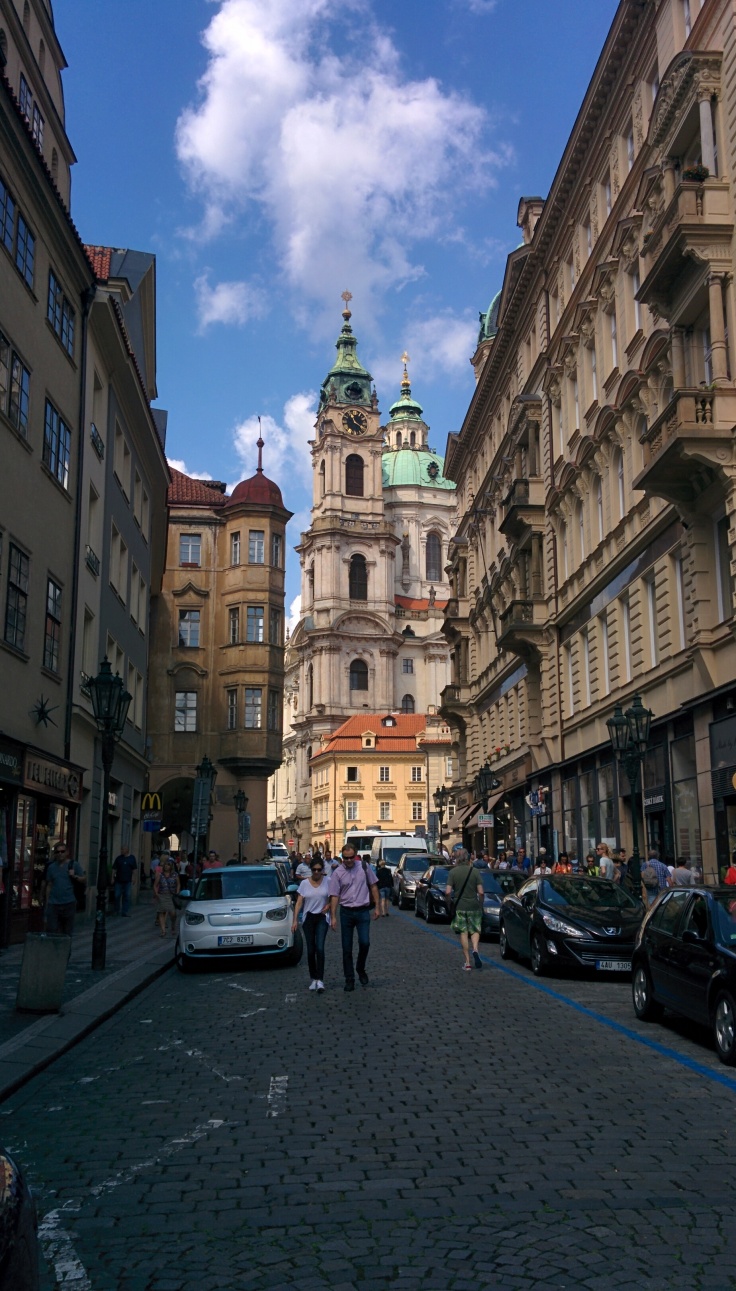 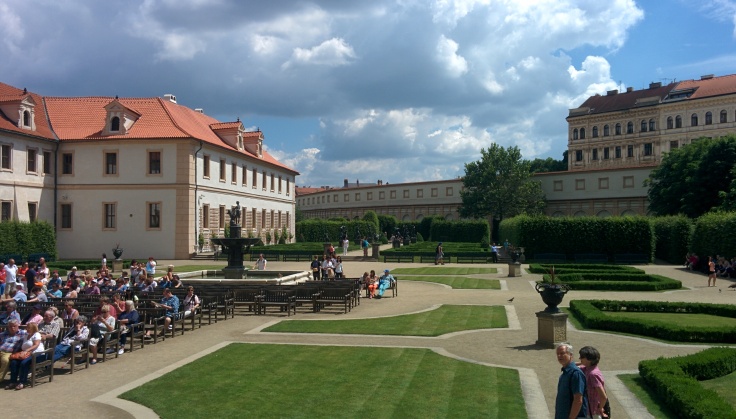 The only exception was a massive march of people walking through the city. There must have been 10,000 people, but we couldn’t find out what it was all about. 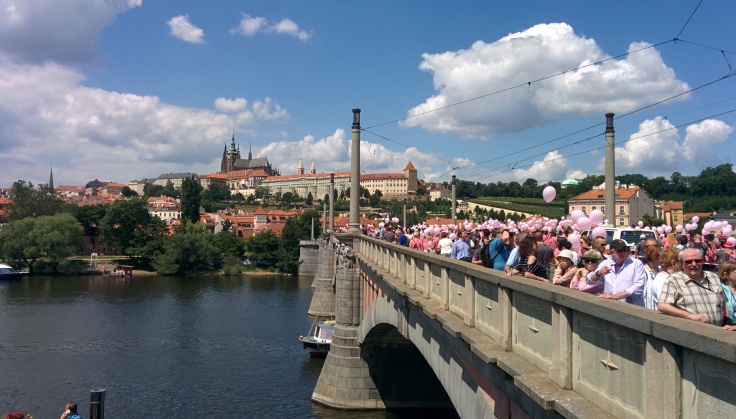 That evening was Prague’s annual museum night, where between 7pm and 1am, all museums in the city were free. There were 2 that we really wanted to see…First was the Museum of the City of Prague, which gave a good insight into the history of Prague, as well as an exhibition on the history of giving birth (we skipped that one). The other one was the money museum…However, when we got there, the queue was well over 100 metres long with a sign indicating a 2 hour wait. We declared “fuck that!” And, after a wander around the old town while dodging the dozens of stag parties and hundreds of drunks, we decided to call it a night.

Prague seems to have suffered the same fate as other amazing cities (think Barcelona)…It is amazing, but because of that it is infested with thousands upon thousands of tourists, which really detracts from the enjoyment. Still, we enjoyed it. Next stop: Cesky Krumlov, for some small town relaxation after nearly 2 weeks in big cities. Should be quite a change in pace.