What a title, eh? “The rest of Laos.” Not lumping everything into a single category at all! But there’s a reason for the lumping. Firstly, as always seems to be the way, we forgot to update the blog, and so are writing this several months after the trip had finished (oops). And secondly, after the highs of Vientiane and Vang Vieng, the rest of Laos was shit.

It started with the trip back to Vientaine. We had requested a booking on a big bus. But we got a minivan. We asked to sit near the front. But we got the back. The result? Sam regurgetated her lunch everywhere thanks to some very haphazard driving. Great. Once back in Vientaine, we checked into our hotel only to find that the guitar hero from the last stay hadn’t moved. In fact, he had become worse, playing his shitty guitar until 3am every morning. During this time Will got very sick. Fun! Fortunately a change in hotel helped markedly (mainly because it had cats) and we could get some peace and quiet and enjoy our last few days in the city. 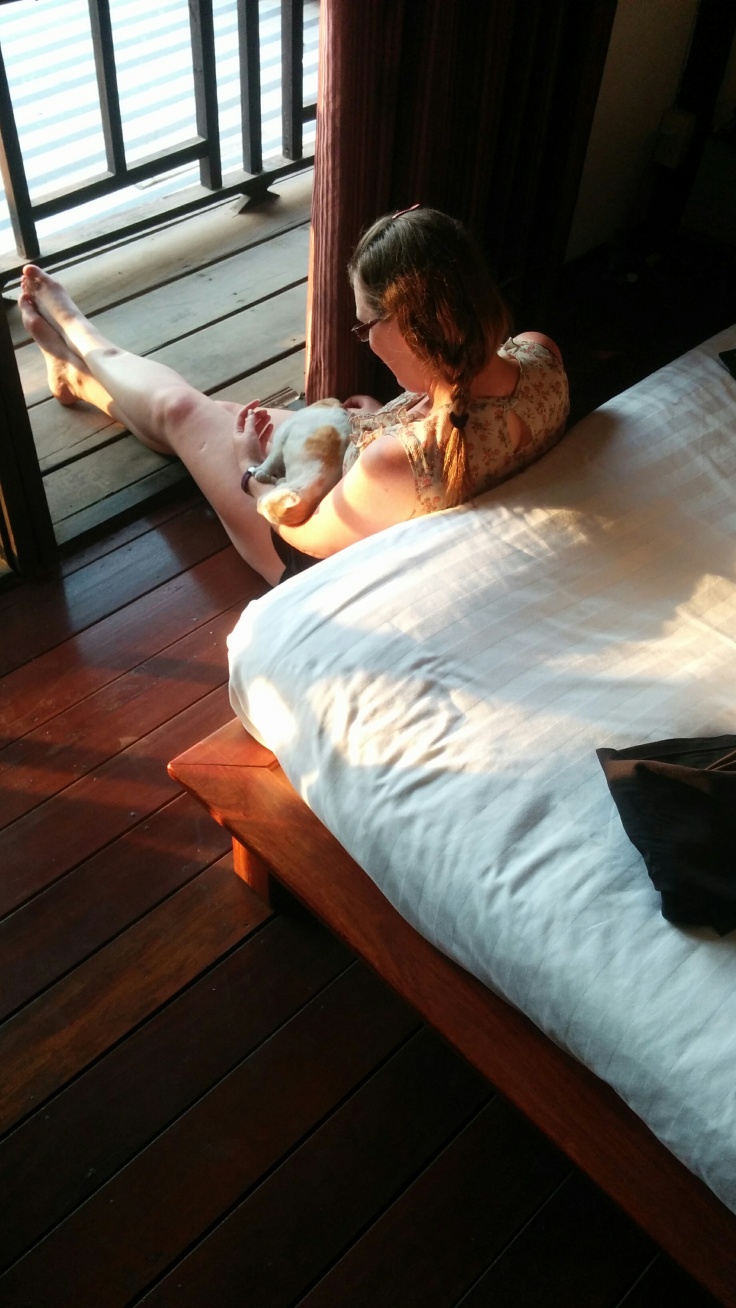 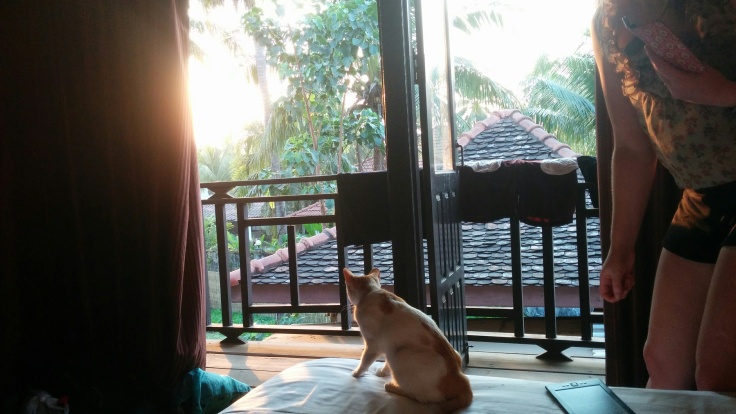 The next 2 stops in Laos before heading back into Thailand were Thakhet and Savannakhet. We had decided to stop in Thakhet to break up the trip south. It was a small town with a cute river frontage on the Mekong…and that’s it. Unless you’re going on a scooter around the area, there is no reason to go there. 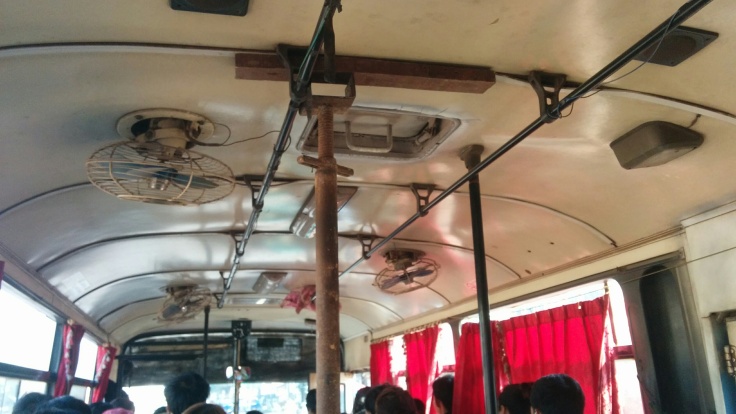 Savannakhet on the other hand had been somewhere we had really wanted to see, as we had missed it during our last time in Laos simply due to logistics. Our accommodation was super cute and consisted of a bungalow in very well kept grounds, as well as 2 cats and 3 rabbits. The rest of the town however was horrible. Seriously. Whilst I realise that this post is pretty negative, I’m not going to sugar coat our feelings about it. There were very few sights or anything of interest. There was, apparently, an old town, which we walked straight through while looking for it. That’s how unimpressive it was. The river frontage was pure filth, and most streets dull and featureless. But the worst thing was the dogs. We had read about them causing problems without taking too much notice, but that quickly changed when we saw one attack a local. Yes. Attack. They were all huge and showed many signs of being in multiple fights, and throughout our time there we noticed that the locals would go out of their way to avoid them, and almost no one walked anywhere, preferring instead to use scooters. It was horrible always having to peek around a corner before going down the road, keeping an eye out at all times, and having to completely change course when we spotting a dog on the street we were walking down. While eating a delicious meal at a roadside eatery, the owners asked how we were getting back to our hotel (due to the condition of several beers and hence the inability to ride a scooter even if we had one). We had already picked out the most well lit and populated road and the hotel was a whole 1km away. Plus it was only 8pm. But the owners still expressed great concern that we were going to walk.

On the plus side, everyone that we met in Savannakhet was super lovely and welcoming. And on another plus side, we cut our time short and went back to Thailand early. It was the best decision of our whole trip!