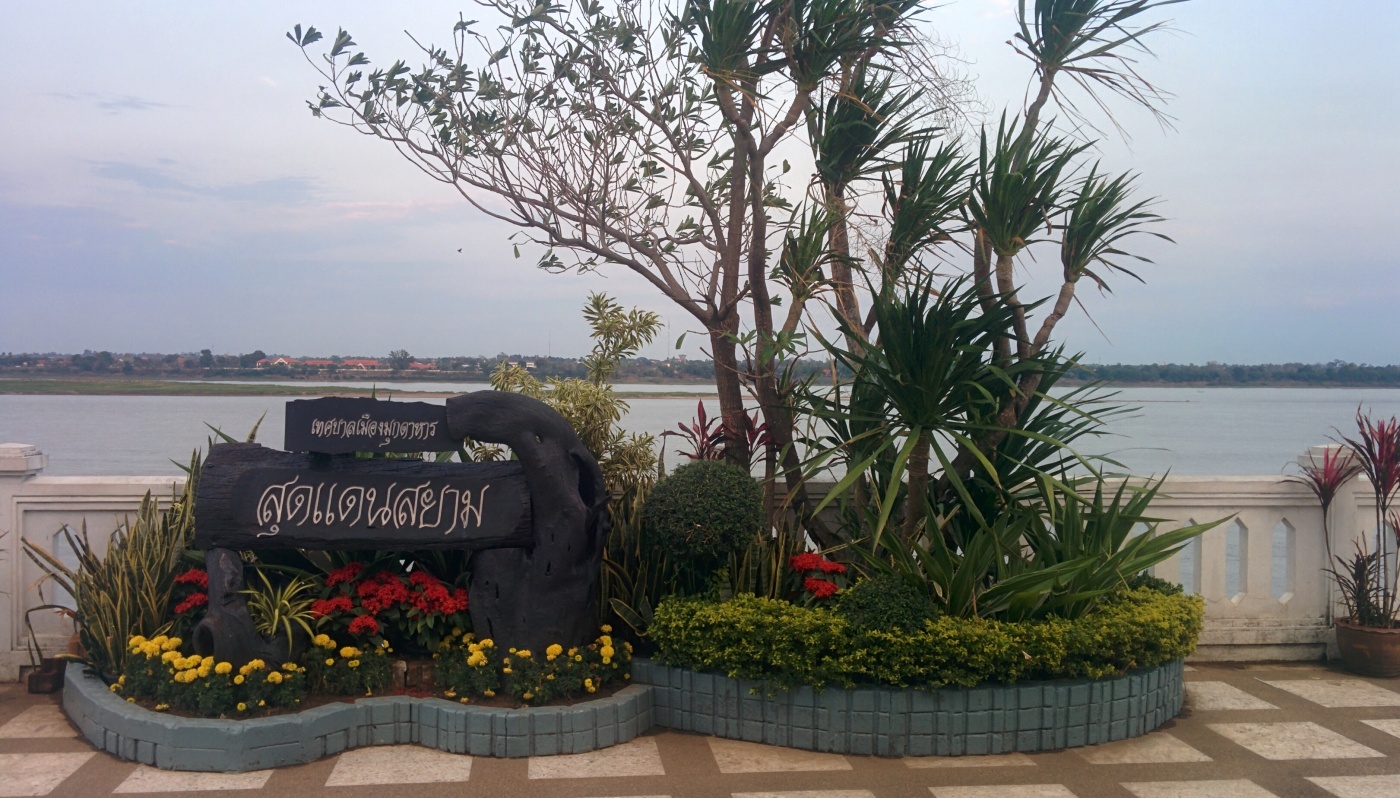 Crossing the Savannakhet Thailand-Laos friendship bridge made us smile the biggest smiles. We were so relieved to be back in Thailand after the awful previous week we had endured in Laos. Plus Mukdahan ended up being one of the best places on our whole trip. True, wherever we would have gone after Savannakhet would have been viewed with rose tinted glasses. And treating ourselves to a 4 star hotel along the waterfront would have tinted said glasses even further. But still, it was a fantastic place.

Aside from ambling along the gorgeous waterfront, we also whiled away the hours sifting through the underground market which was also located next to the waterfront. A trip to a giant Bhudda (which consisted of an awful lot of walking and profuse sweating), countless lazy coffees, and general exploring made our 3 days there fly by.

But the best thing about Mukdahan? Almost no foreigners. None. It was all locals, Laos people coming over the boarder to do some shopping, or Thai people about to go to Laos. It created a wonderful vibe and people watching was an absolute joy.