Boat trips are always fun. Not cruises of course – horrific things destroying port towns that are full of pretentious dickwads who have no idea how to travel so pay someone to lead them around and show them highlights of a place for an hour between drinks.

Labuan was a few hours away from KK, and isn’t really a tourist destination as such. Its claims to fame seem to be that it is a duty free haven, and it’s the main port to access Brunei from Malaysia. The latter reason was why we ended up there, but instead of just passing through we decided to stay for a couple of nights. Labuan is a smallish island, serviced by numbered minivans much like we took in KK. The main town contained most of the islands population, with the main street being flush with duty free shops and restaurants for the thousands of people that head there for a bargain. Outside of the main drag though was a laid back town which was fun to explore.

At the north of the island was a chimney. Yup, a chimney. It is apparently the main tourist draw. It stands vertically and looks like, well, a chimney. They have no idea what it was used for, despite being around 100 years old. Maybe it was used as a chimney. Just a guess…

Around the chimney however were hikes into the jungle and around the coast which led around old mines and old British landing areas used when they were mining coal from the island. They were amazing, with small alcoves leading to gorgeous hidden beaches.

We also went to an aviary. It had birds which flew. They also tweeted. 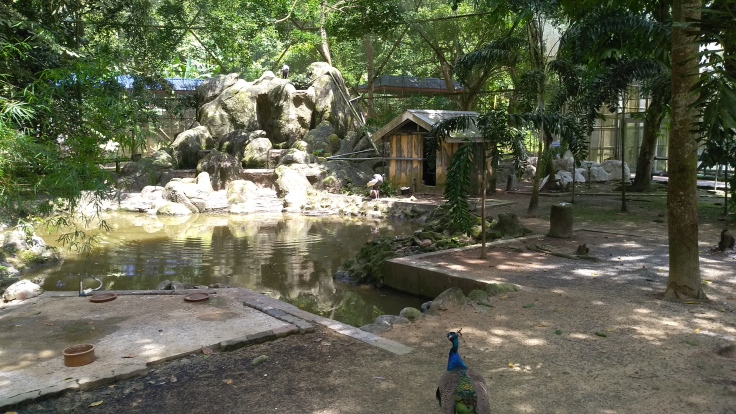 We actually thoroughly enjoyed our time in Labuan. It was nice being somewhere with no other tourists, and are glad we didn’t just pass through.