Our train from Salzburg to Munich was unfortunately delayed for 2.5 hours, so we ended up finishing the 1.5 hour long train trip at 1pm. A bit later than we would have liked as we only had 3 days in Munich, thanks to a public holiday which pushed the accommodation prices up to stupid levels.

We were staying right in the centre of town, just 200 metres from the train station. So for the first afternoon we walked around the city centre and explored the streets, churches and buildings. The central square in particular had some beautiful buildings surrounding it. Afterwards we ended up sitting on the street and having some of the best beer we had tasted in years. 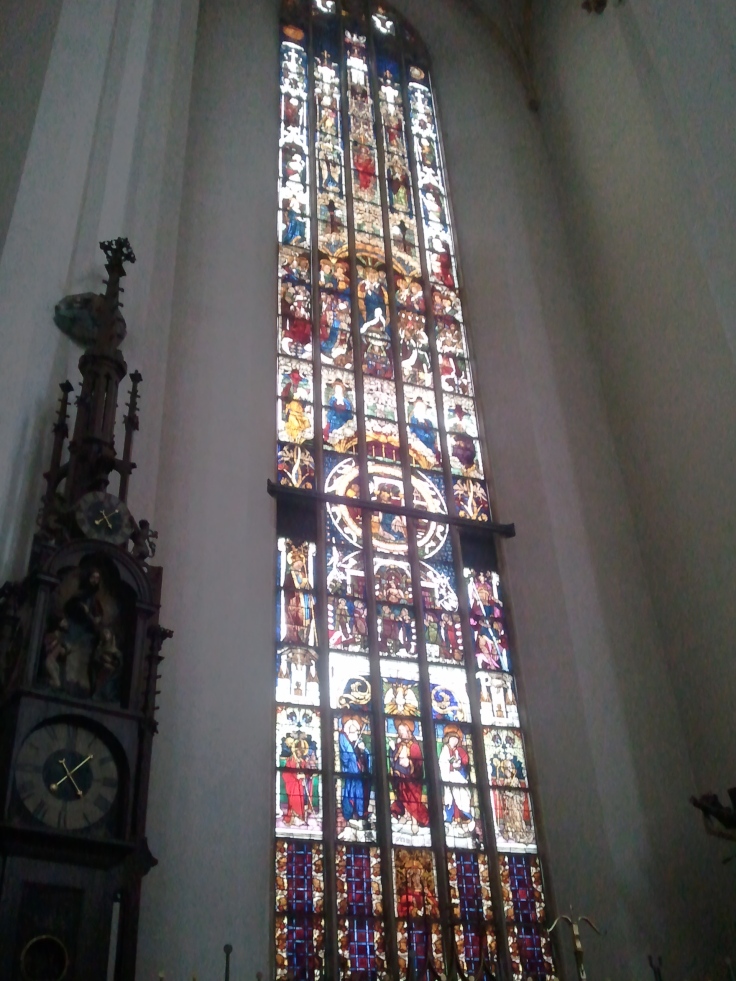 The next day was a bit of a failure. As we were so used to staying in suburbs, we had gotten used to walking 20-30 minutes to get to the main sightseeing areas. We enjoyed it that way as it gave us a nice walk to wake up and to have a yarn about what we were going to see. But it took all of 2 minutes to be back in the centre, so we were a bit thrown and ended up being back at the hotel after only a few hours. We ventured out a couple more times, seeing the odd church and doing a spot of shopping, but for some reason had lost our mojo for exploring early on and so settled back with a beer at a very early hour. Not quite a day wasted as we saw plenty, but it almost felt that way.

The following day we had made a plan to ensure the same thing did not happen again. Even the persistent rain did not dampen our spirits this time as we conducted a self-made and self-guided walking tour of the city. Will acted as the tour guide and did an exceptional job 😉 The walk included the main avenues, a wiener market, churches, significant buildings and monuments, as well as several parks and gardens. At one of the squares there was a very cool looking truck parked outside one of the churches surrounded by some rather wet Bayern Munich fans. It turned out they were taking the Bundesliga shield on a tour of the country.

One of the gardens we walked through, the English Garden, featured a man made river and surfing wave. Despite the chilly weather there were about half a dozen surfers surfing the wave in turns, watched by a few dozen people. Not quite what we had expected to see! 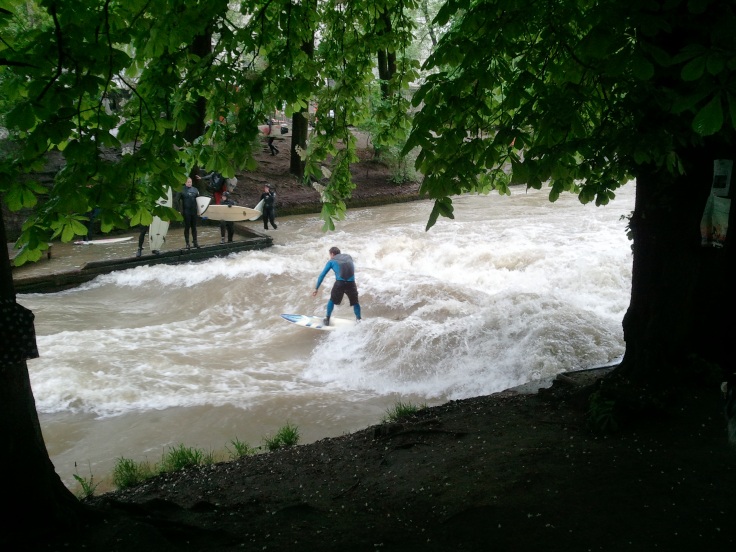 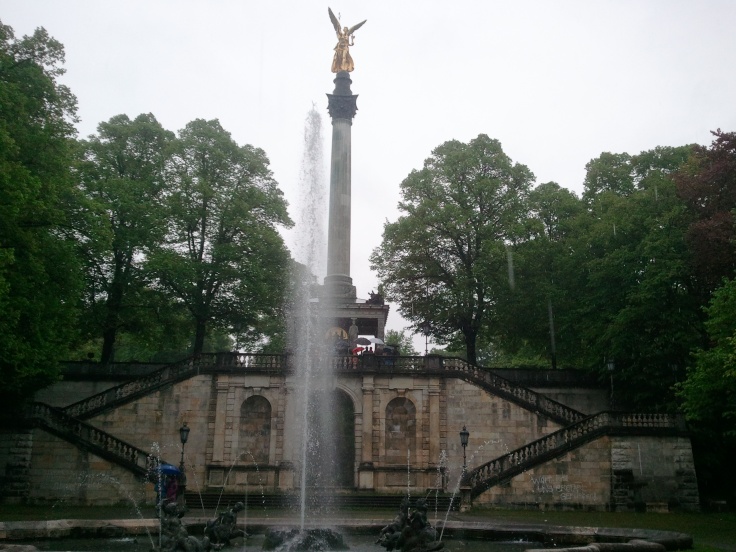 After a spot of lunch in a cafe we headed to town to find somewhere to watch the Formula 1 qualifying. However, as we had found the previous afternoon, for a city that is famous for beer it is remarkably difficult to get any! Pubs were few and far between, and those that were open were packed full. We had managed to find an outdoor drinking spot the previous afternoon before heading to a place closer to the hotel, and counted over 50 people who seemed to be looking for a place for a drink, yet could not find a place to do so. Today was no different and we ended up back at the same place – which was a Chinese takeaway with cheap beer and outdoor seating – which had the qualifying. That’ll do nicely.

For the afternoon, we had decided to join the thousands of soccer supporters in the main square to watch the final game of the season. We got there as security were setting up a large perimeter and the fans were in fine voice. Kick-off was, we thought, 3:30pm. But by 4:15 we had started to wonder what was going on, and perhaps it was 4:30 not 3:30. We managed to hook into a random wifi signal and found that the game was already half way through. What?!?! Very confused, we walked back to our stools at the takeaway/pub and watched the rest of the game there. As we walked back we saw scores of Bayern fans walking the streets, chanting away and making their way to the square…yet the pubs, cafes and restaurants along the streets were showing the game. Huh?! Fans usually want to watch their team play! It was very very strange.

Munich was an interesting city. I feel we didn’t quite get what it was all about and missed a whole portion of it. But perhaps that was just with being in the centre to start with. Next up: Dresden, where we have planned a whole day off. About time! 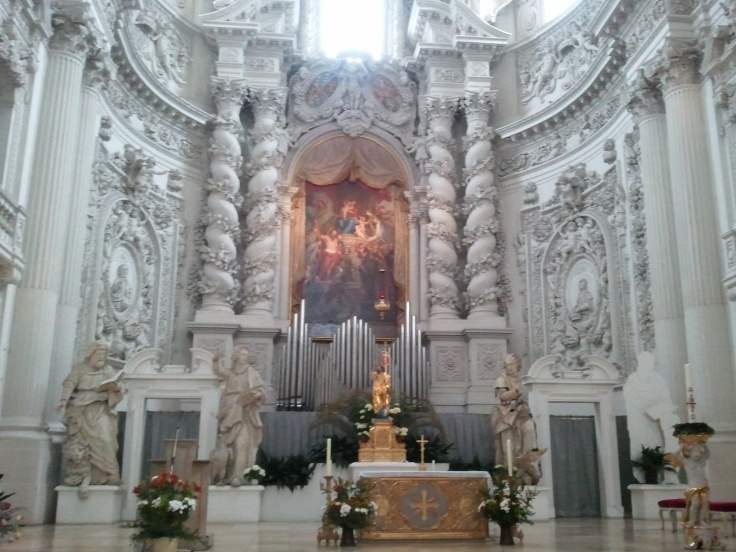 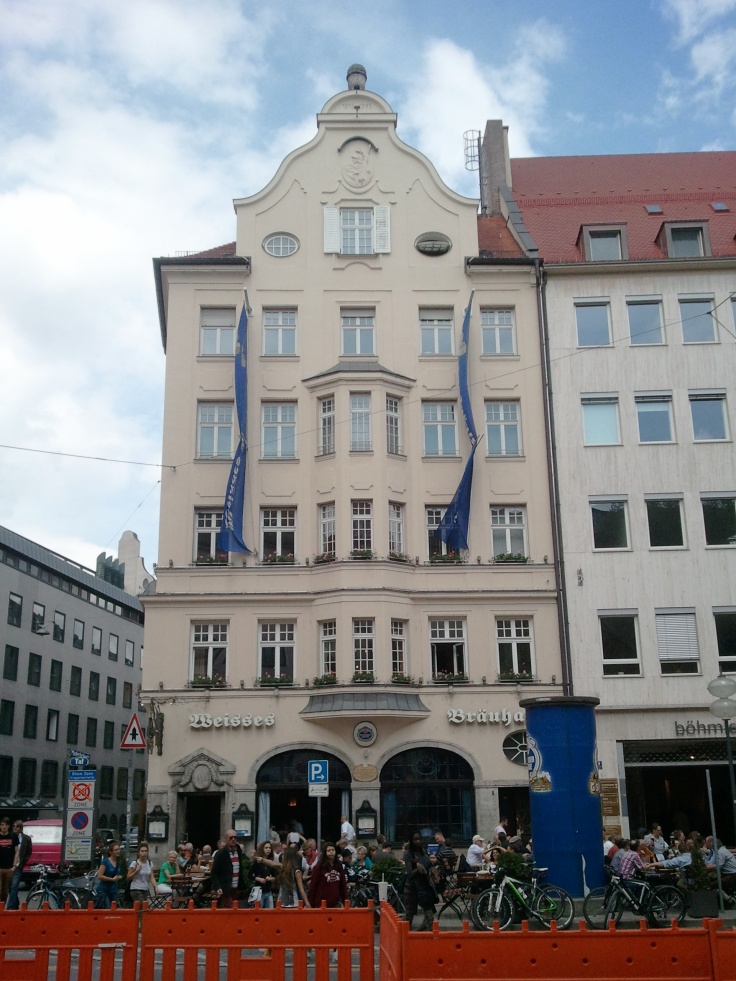 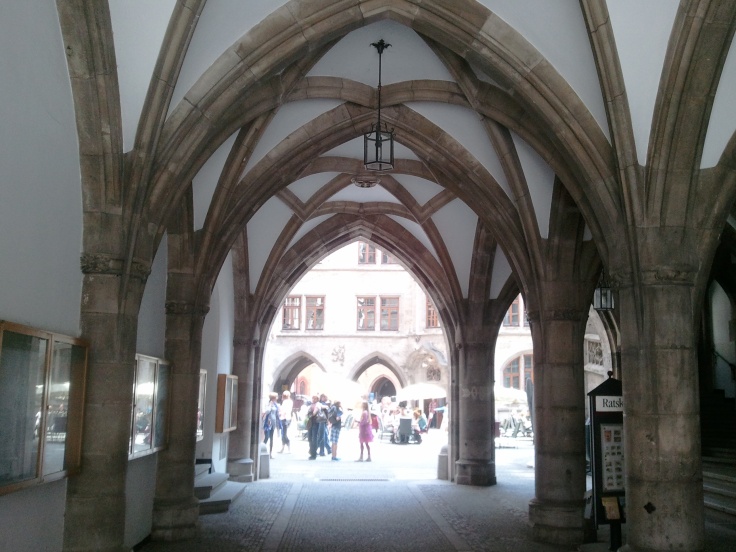