Our journey from Mostar to Split was yet another stunning trip, if not a little long and only made longer by two elderly gentlemen who forgot to change buses at the halfway point resulting in a minor stress involving half the bus giving their advice. Upon arrival in Split we were collected by our host who, because of our delay, had made several long circuits of the old town before we could catch him. But he was quite the character, asking the female driver of a car for her number after she cut him off because “how can you be mad at such beauty?”

The apartment was spacious with a simple kitchen and dining space perfect for us to make a few healthy homemade meals – much needed after all of the meals out we had had. The location was perfect as it was within easy walking distance of both the old town and the spacious park Suma Marjan which overlooks both Spilt and had stunning views along the coast.

The first full day we spent exploring the old town with a maze of cobbled streets which now house restaurants, coffee shops and souvenir shops. The central forum is a very popular center for tourists and locals alike. 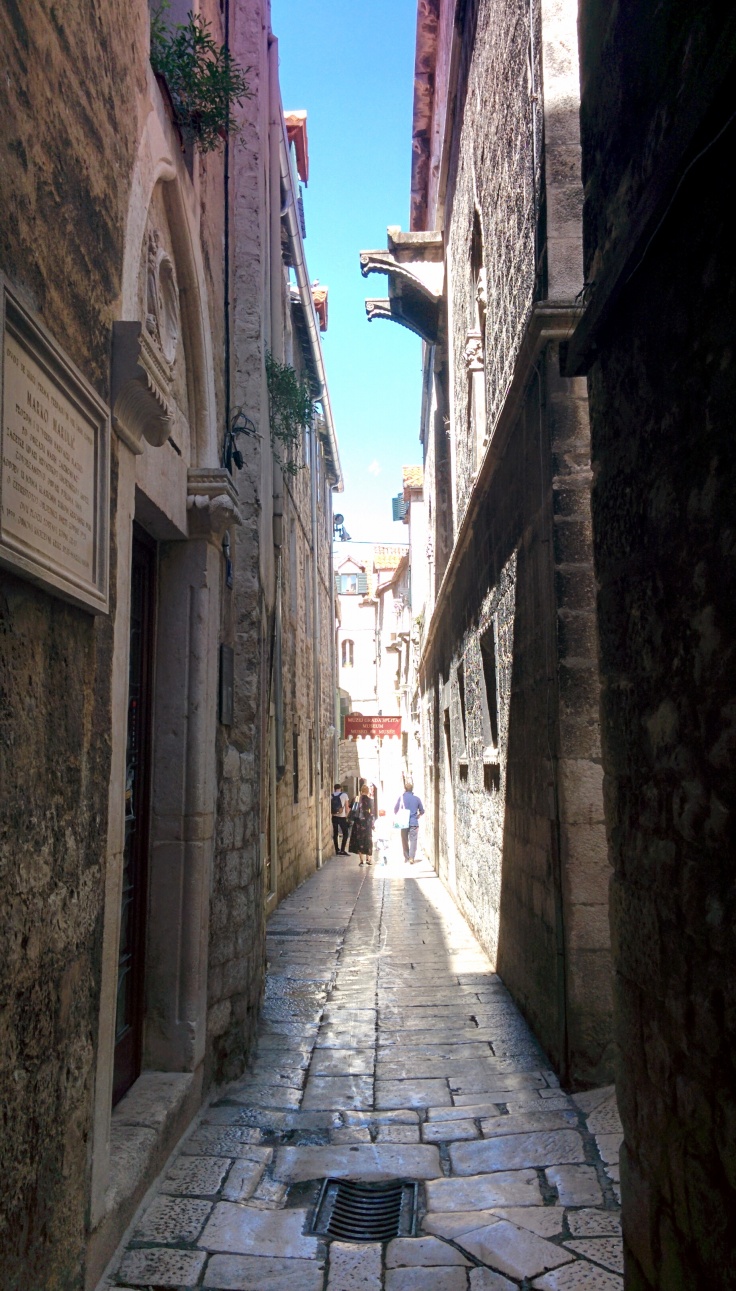 We climbed the scary metal stairs of St Domnius’ bell tower which, at 60 meters tall, provides an amazing view of the old town below, although it is not for those who have a fear of heights. 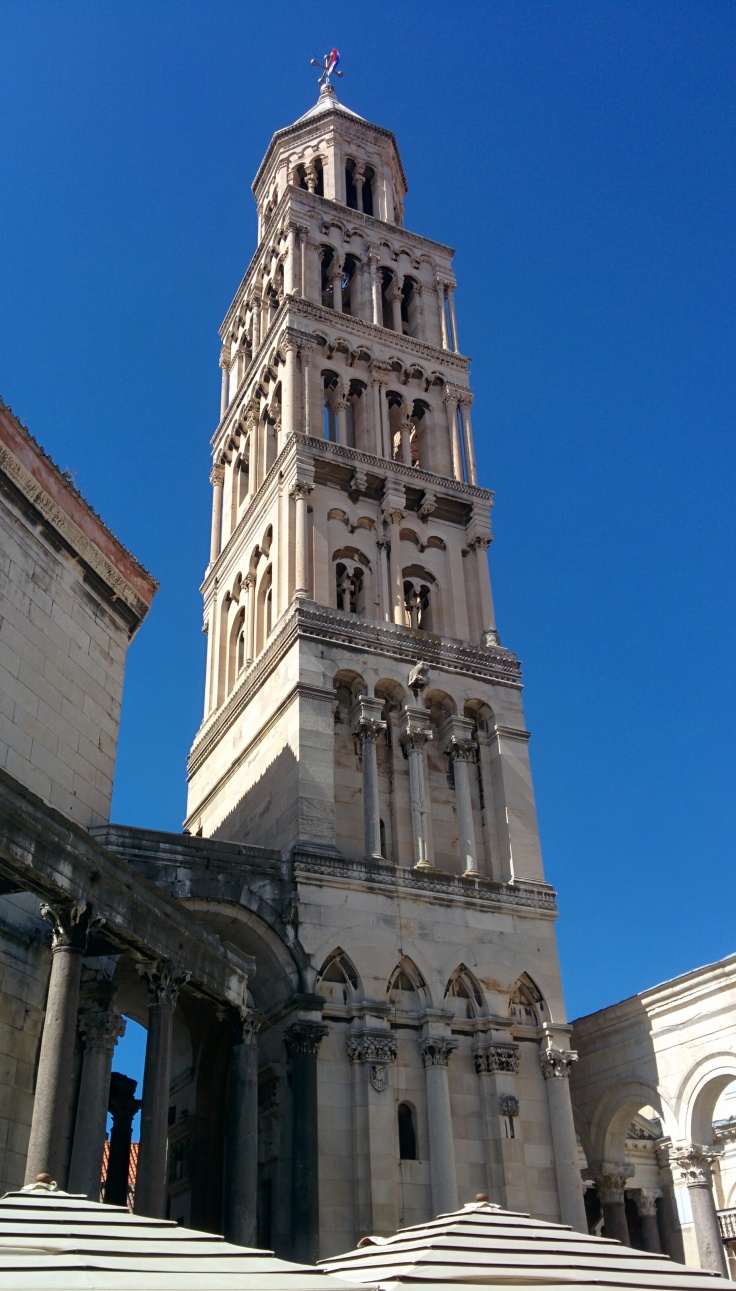 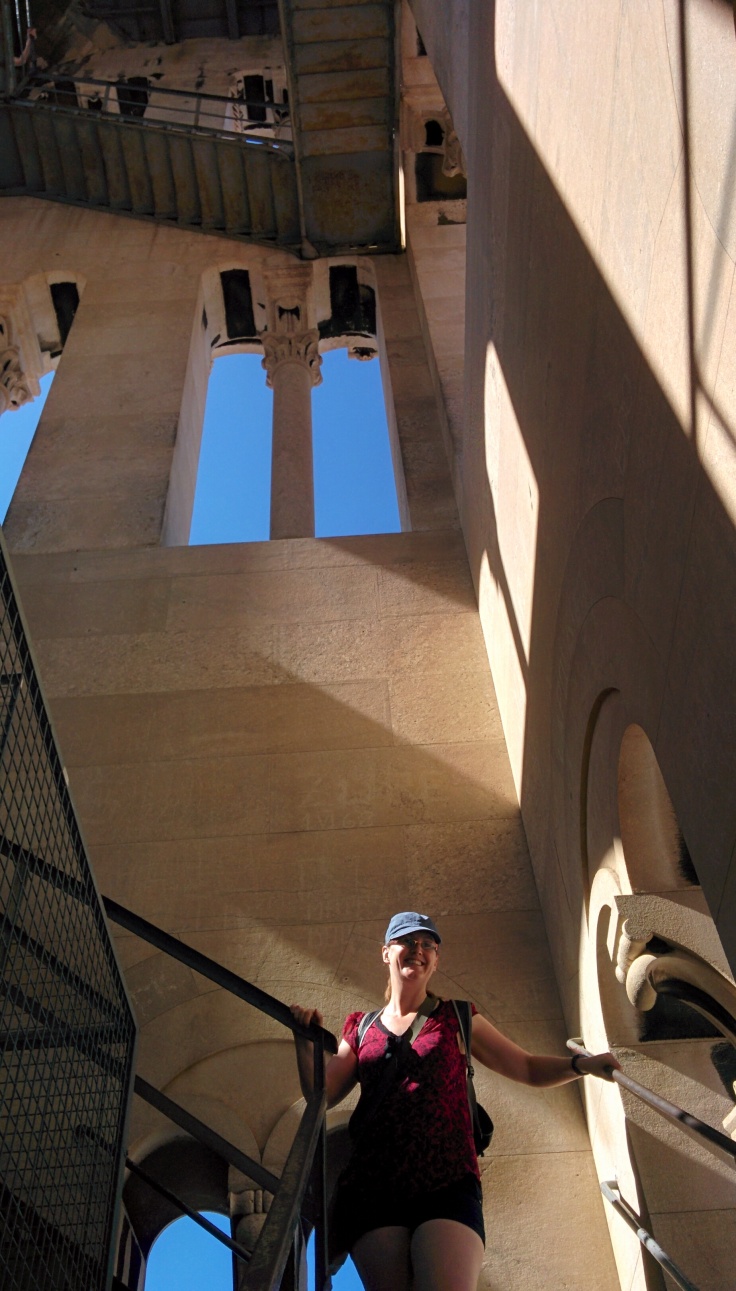 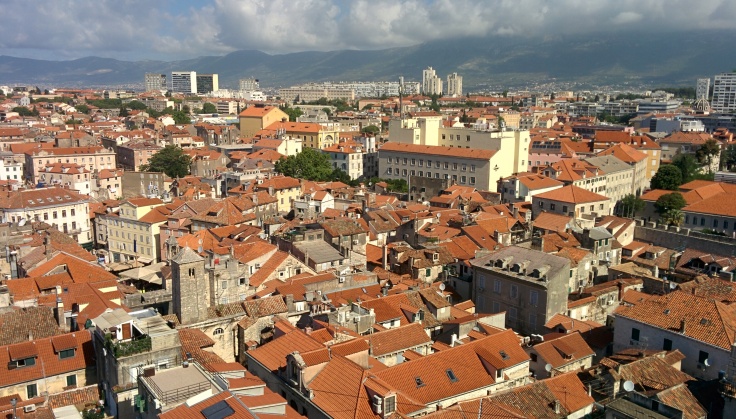 After getting lost again we followed the music to find ourselves in the vestibule (a circular room with a large opening in the roof) where a barbershop quartet used the acoustics of the room to amplify their voices. 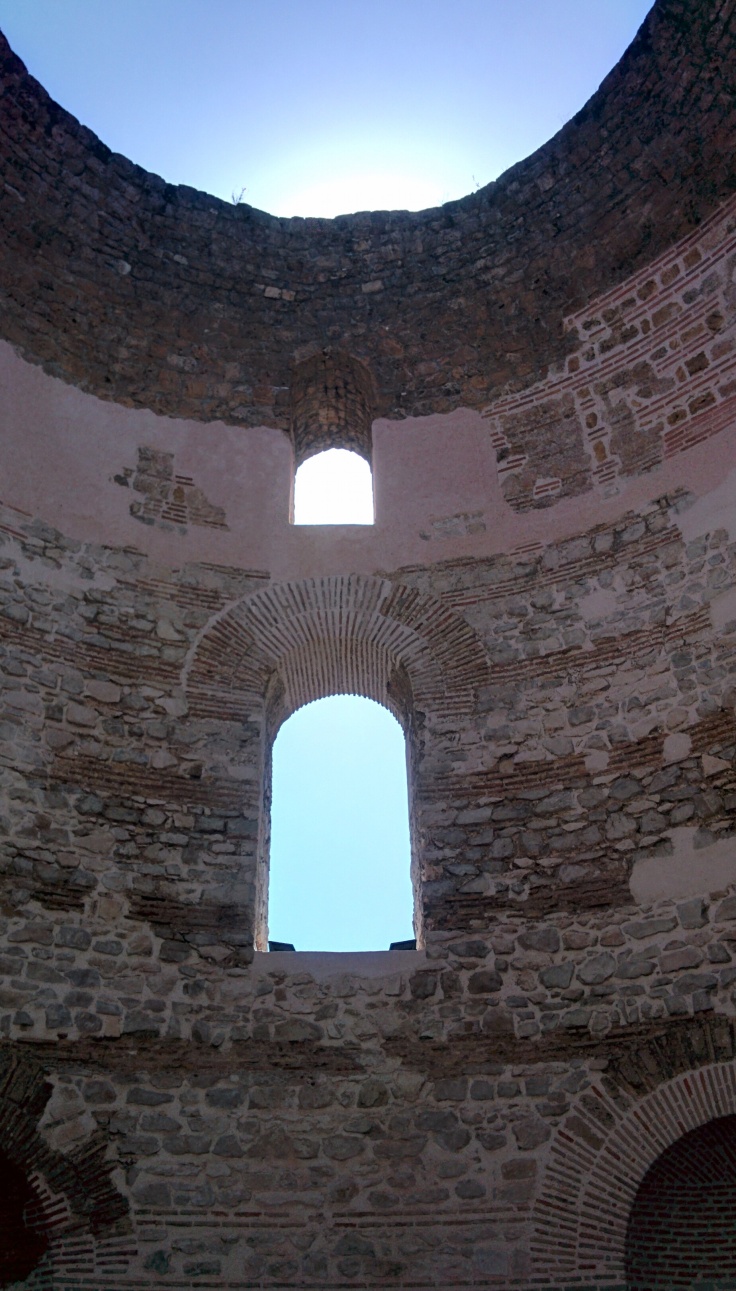 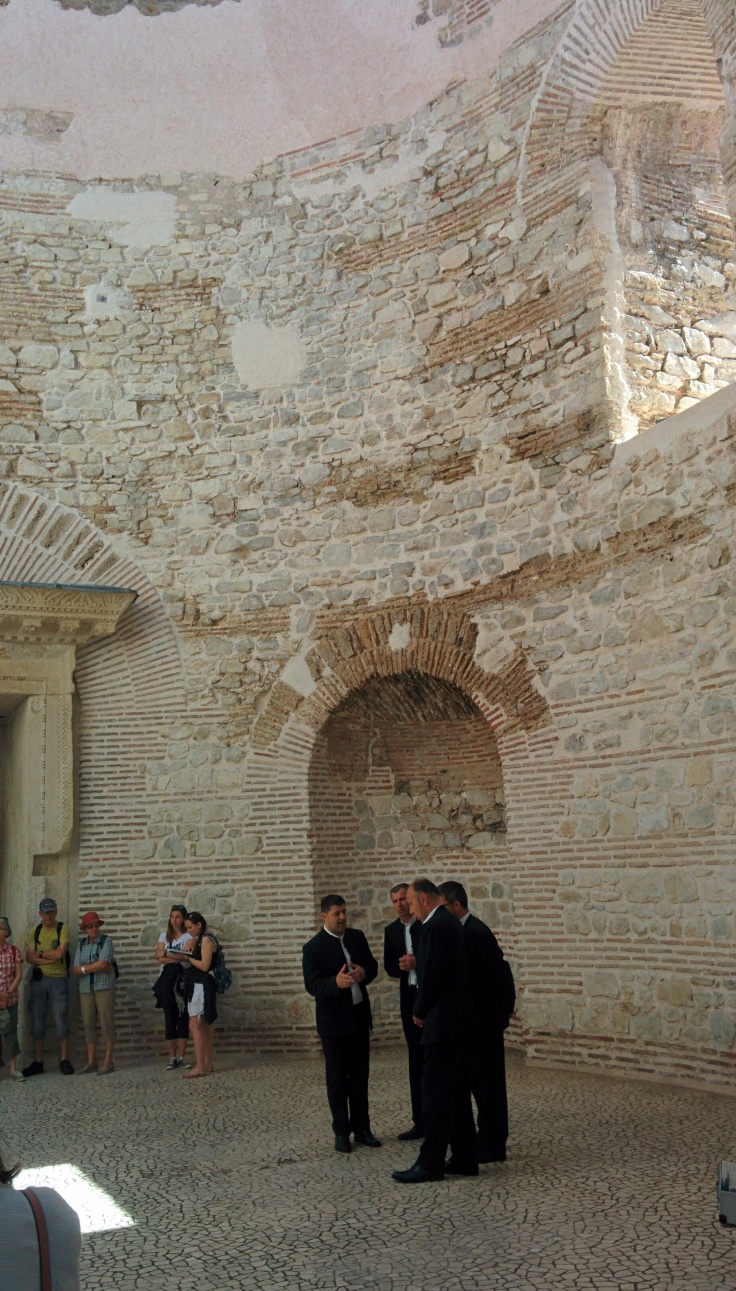 We spent the rest of the sunny day strolling along the promenades enjoying looking at the hundreds of expensive boats and relaxing drinking coffee and people watching. The old town is right on the harbour and every day we saw a myriad of cruise ships docked at the port making the area very busy. 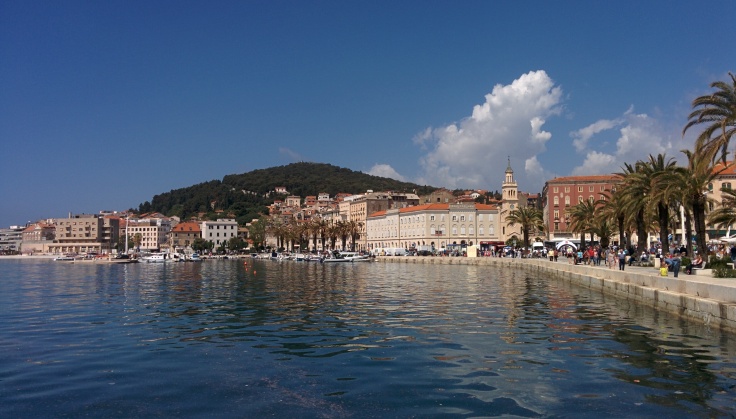 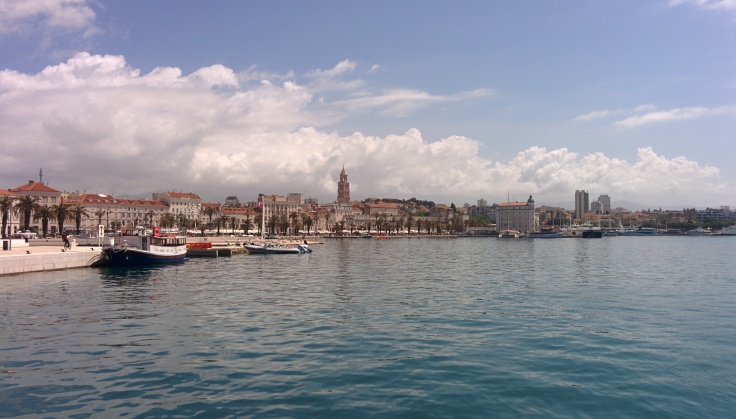 Our second day we took a more relaxed approach and enjoyed escaping much of the heat, walking and enjoying a picnic in the large Suma Marjan park near our apartment. Once it cooled down we made our way to the waterfront for a few relaxing beers.

Our last day in Split was spent exploring the remains of a Roman town at Salona, rumoured to be the birthplace of the Roman emperor Diocletian. After jumping on a full local bus we expected everyone else was doing the same as us. However we were the only ones who got off the bus in the middle of nowhere (perhaps the throngs of tourists were only interested in shopping and sunbathing). After walking down a unmarked dirt track, through farms and past houses we found ourselves in the middle of a well maintained but empty historical site.

The old Roman town of Salona was a large town in its time and you can still see remains of the forum and a large coliseum. We spent many hours just exploring the sites and enjoyed the fact that we only saw 10 people in the whole time. Such an amazing place, and the best bit: FREE! 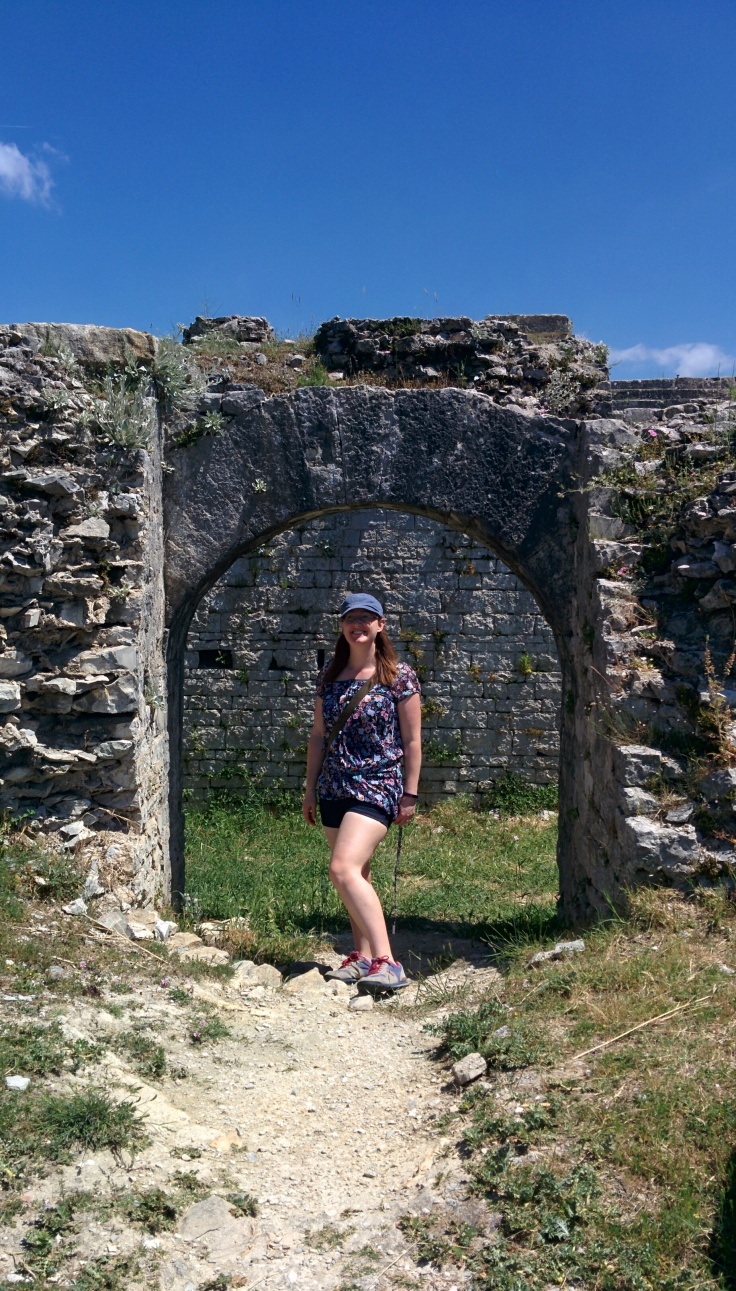 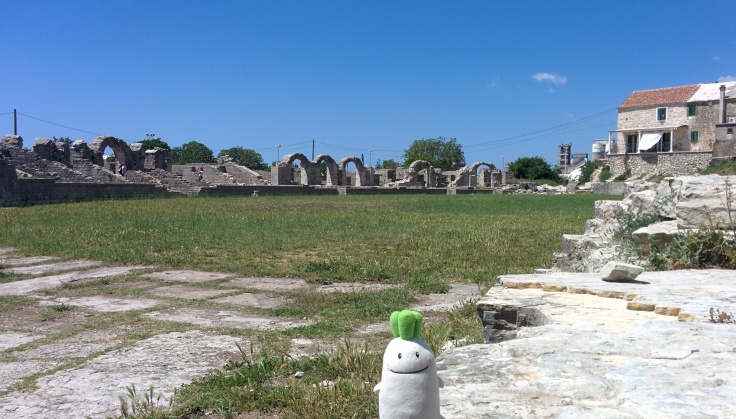 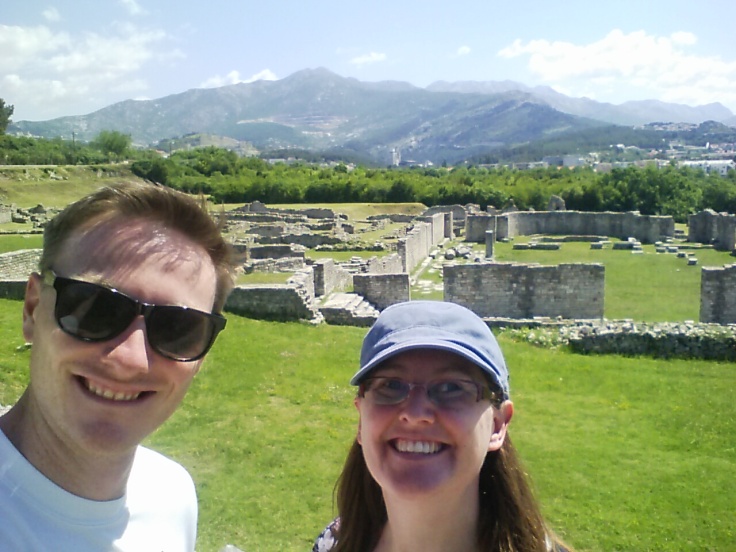 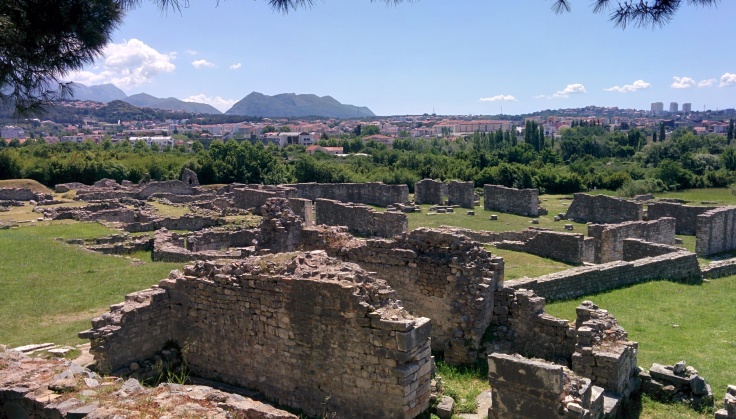 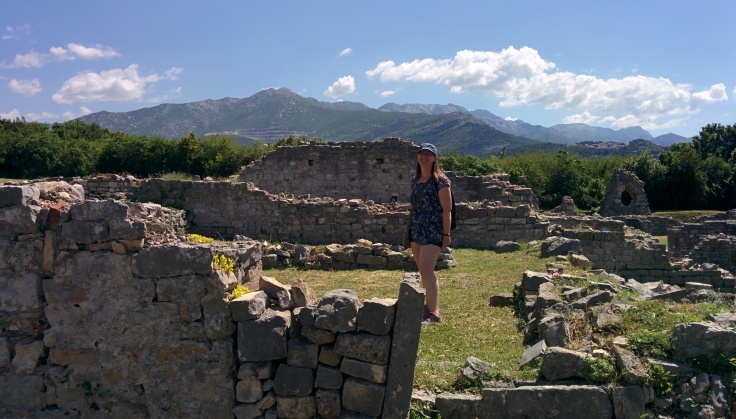 We enjoyed Split. The history here is very close to the surface. I wouldn’t want to be here in the high season as at times the tourist crowds were too much for us to handle. But in saying that, if you pick your times right you can explore the old town unhindered.
Next stop Zadar.