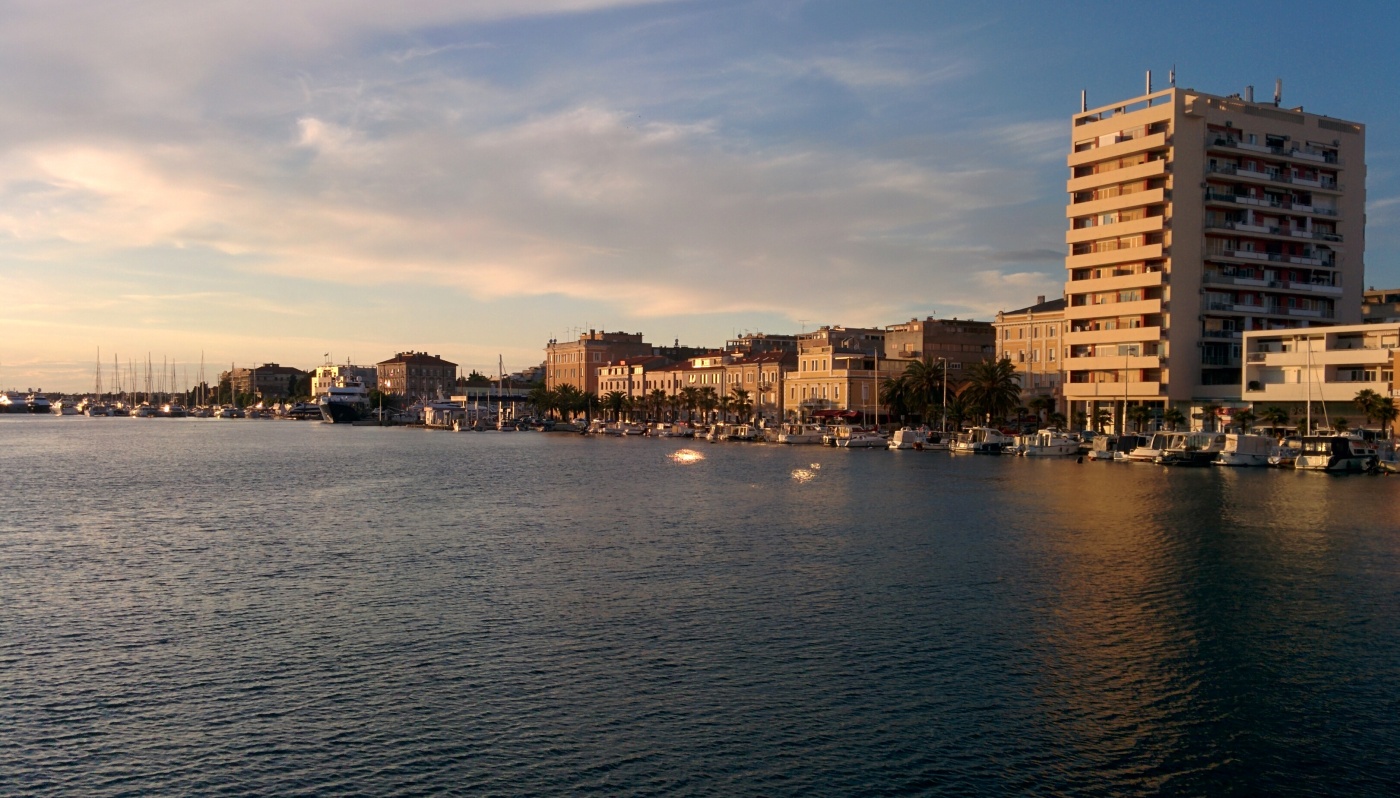 Not for the first time on this trip, we were glad that we have small bags. The early arrival of the bus gave us 4 hours before we could check in to our hostel, meaning 4 hours of exploring with bags. We certainly don’t miss our 25kg 70 litre monstrosities from our year long trip!

We found Zadar to be much like Split, but with 3 key differences: not as many Roman ruins/buildings (although several were still dotted around the old town); comparatively few tourists; and an old town that was actually lived in and used by the locals. It was so much nicer and quieter to explore, and we almost felt like we were seeing Croatia for the first time. 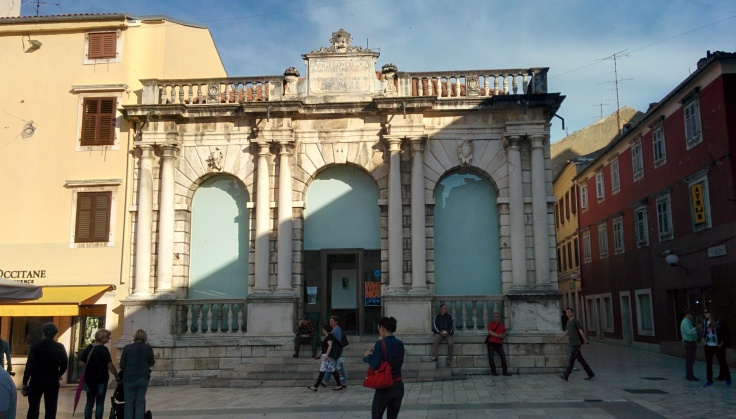 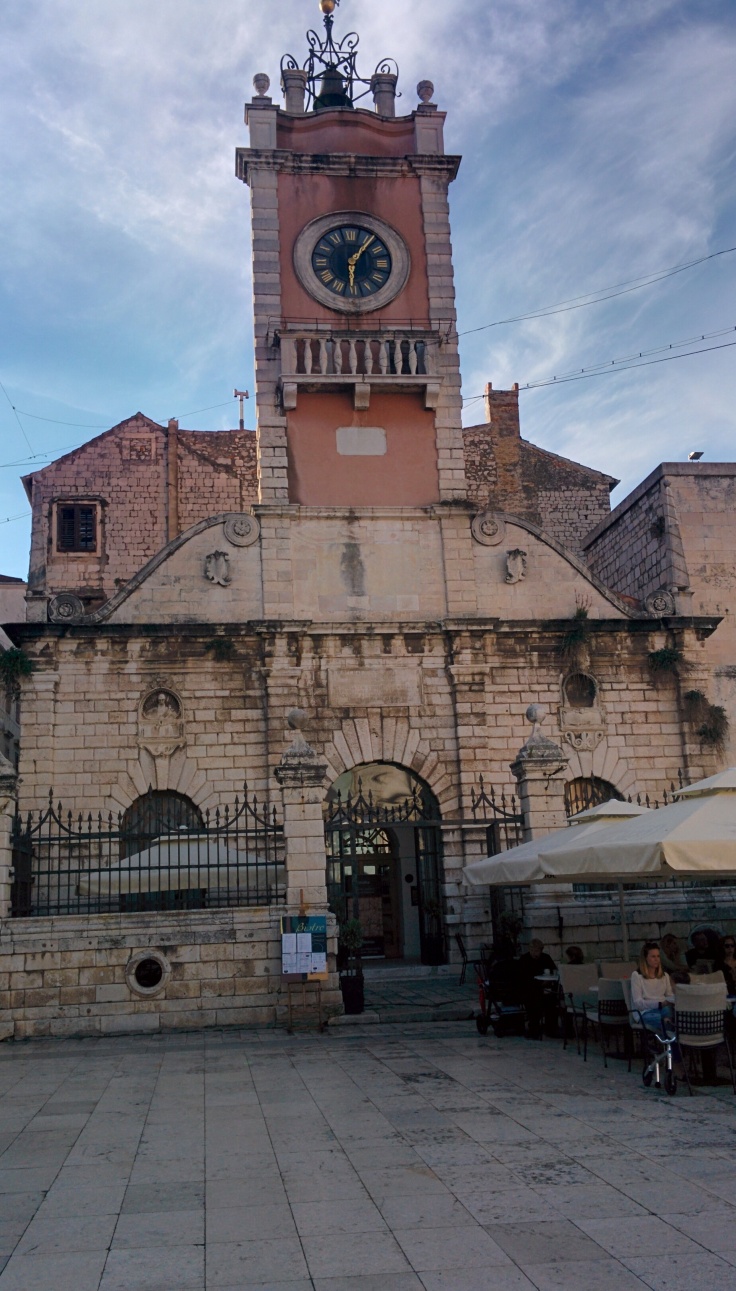 The old town was very picturesque with the usual stalwarts of narrow alleyways, larger cobbled thoroughfares lined with shops, and a couple of large squares. We spent the afternoon wandering around, happily enjoying the lack of tourists.

Then the second day hit. “Oi! Bro! Like, nah…Stuff this. Not going anywhere. Nope. Get stuffed.” Or at least that’s what our feet would have said if they could talk. They had taken a battering, covering around 50km in the past 3 days. So we decided a full on chill day was in order, and spent it slowly ambling around the coast, having a picnic on a deserted beach, and generally just relaxing. It was much needed to recharge the batteries, and it was the perfect spot to do so – the few tourists that we had seen in the old town did not venture out around the coast, so we saw hardly anyone except locals. Perfect,and much needed! (Although we still ended up walking 15km. Fail.) 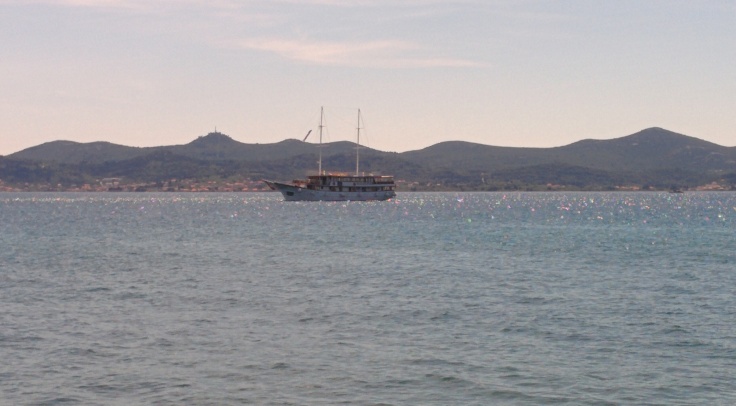 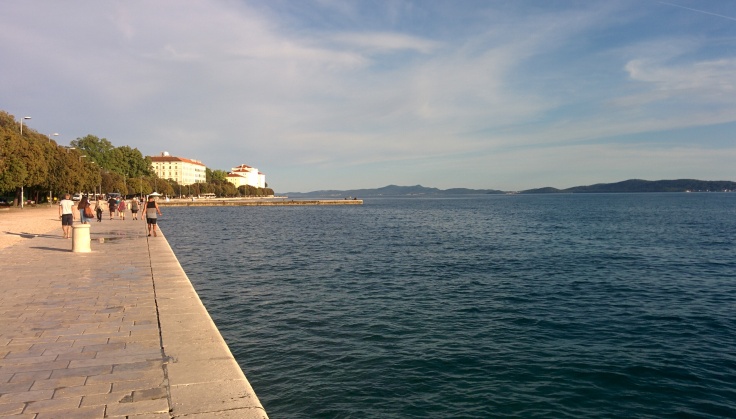 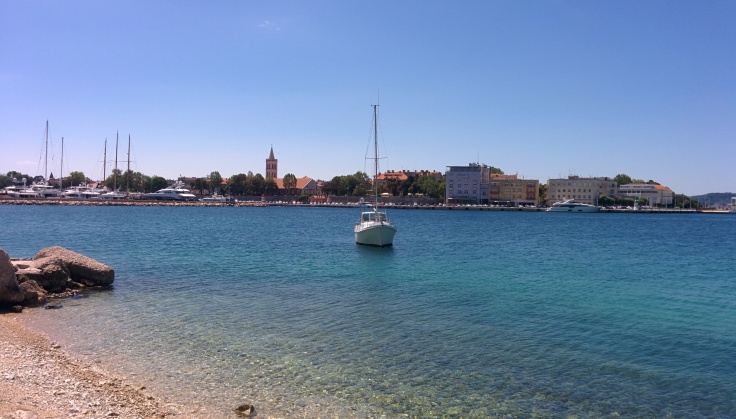 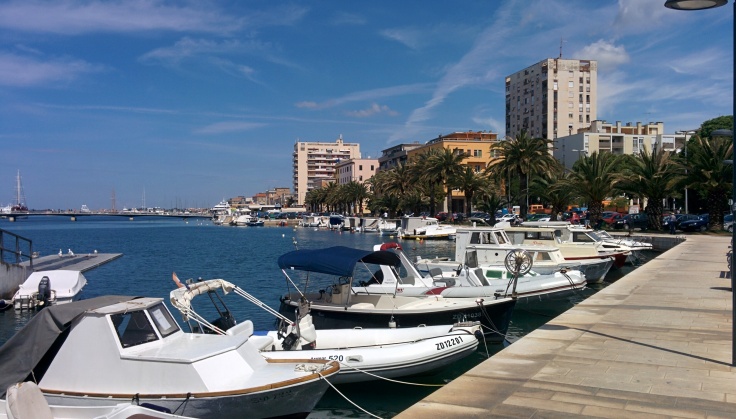 Next up, a long trip up to Pula to start the first leg of our look around Istria.