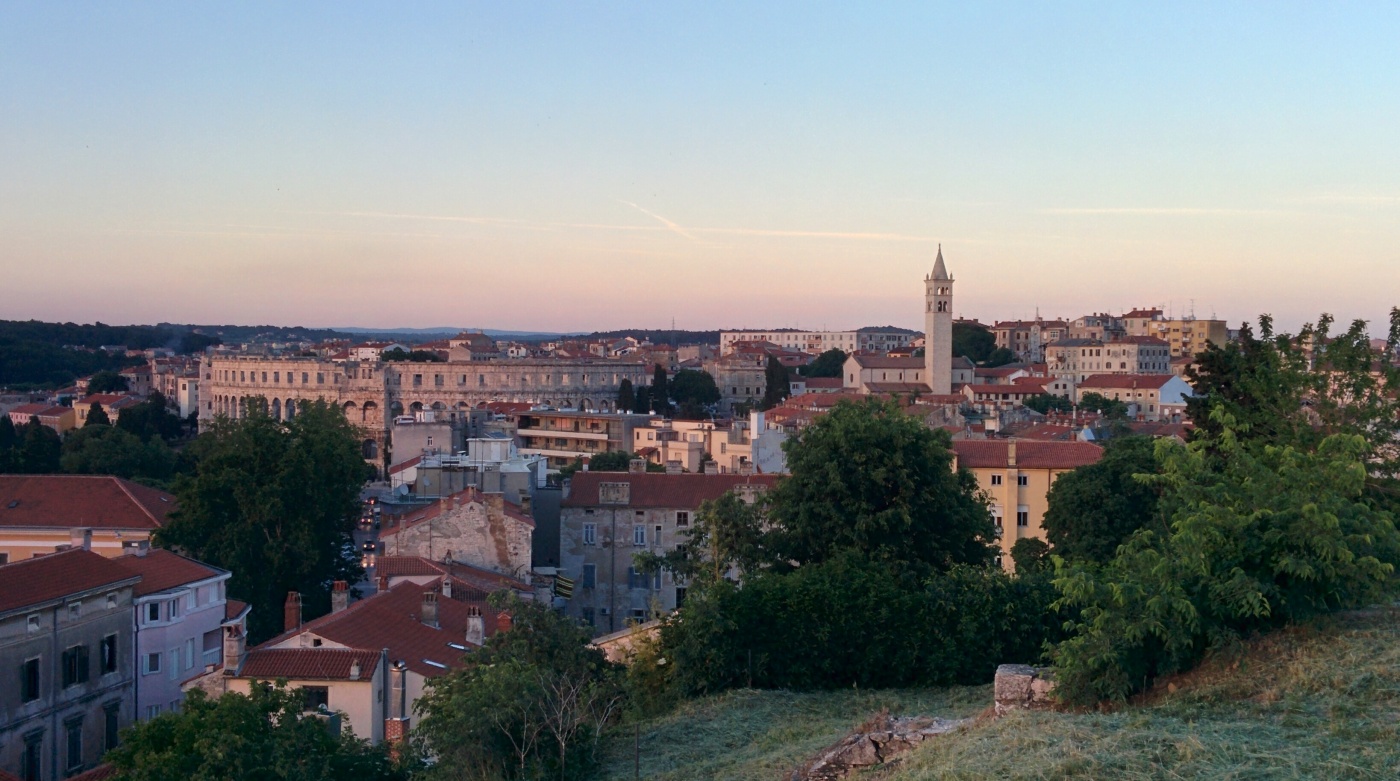 There’s one thing about Croatia: even though we had to ride buses, the coastal roads provide stunning views. 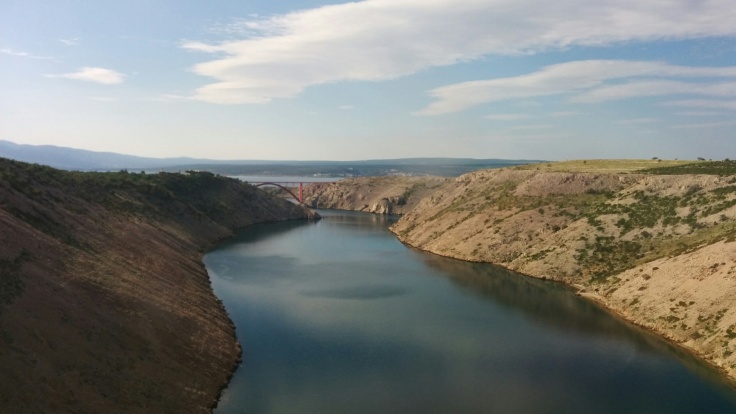 After a long and beautiful journey from Zadar we found ourselves in the small coastal town of Pula. Pula is famous for having one of the most well preserved Roman  colosseums in the world. We stayed in the heart of the old town and found that although cute it lacked some of the charm we had seen in Zadar and Split. Having two days to explore was more than enough. 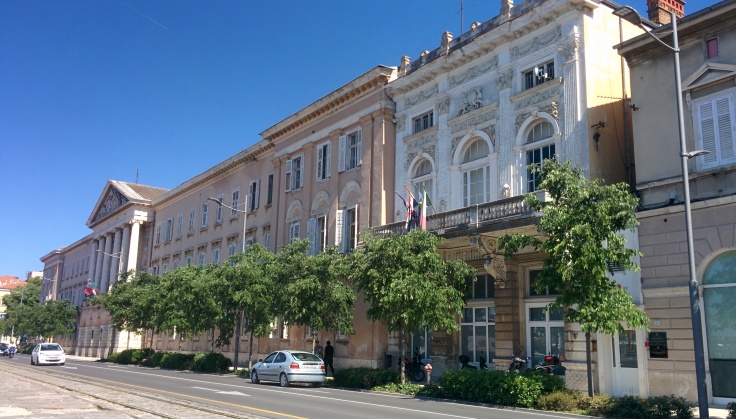 One bizarre highlight was visiting an old fort which for all intents and purposes is abandoned and sits rotting away in the trees. 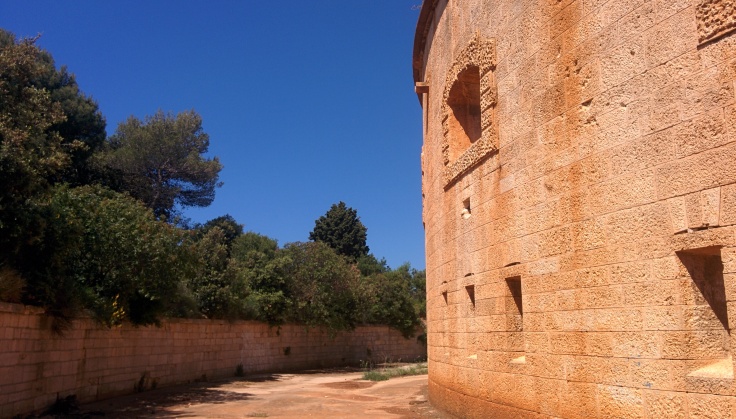 The colosseum was fantastic and it was amazing to be able to go underneath the arena and see where the gladiators would have prepared for battle. 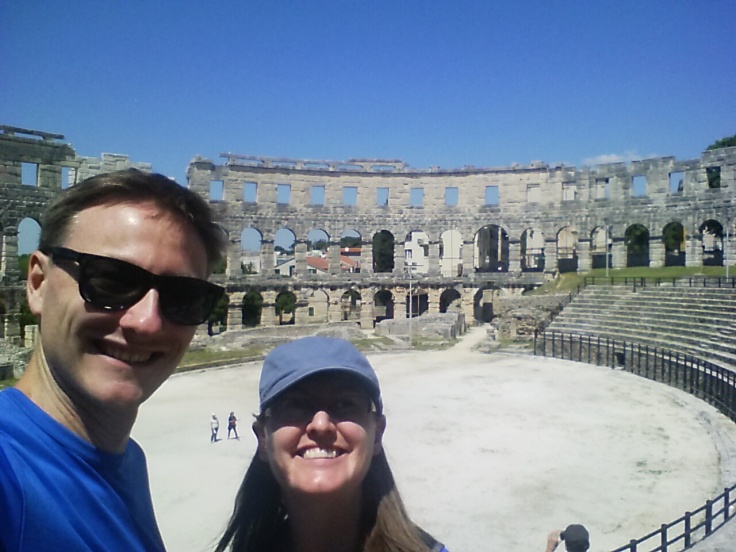 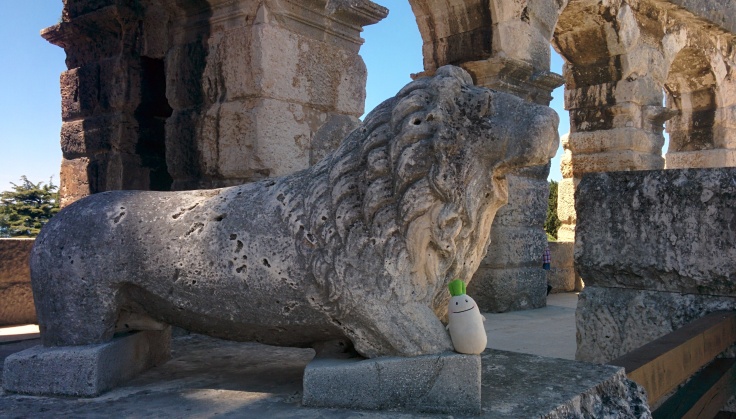 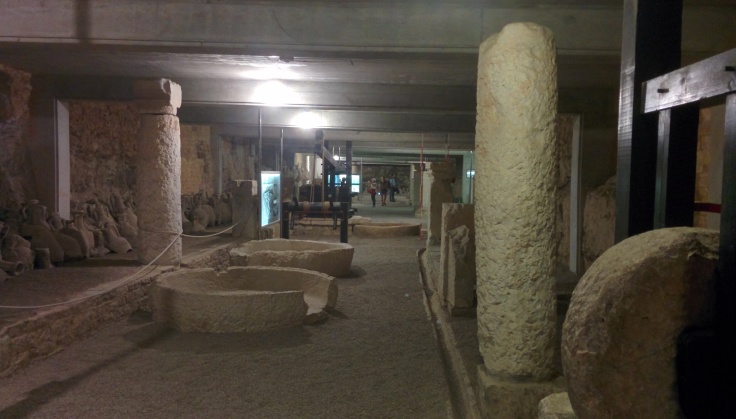 Just up the coast from Pula is a picturesque port town of Rovinj. Like Pula there is an old town, but that’s where the similarities end. For some reason Rovinj seems more real. It was easy to escape the tourist centre and explore the maze of cobbled streets that have been warn smooth from use. 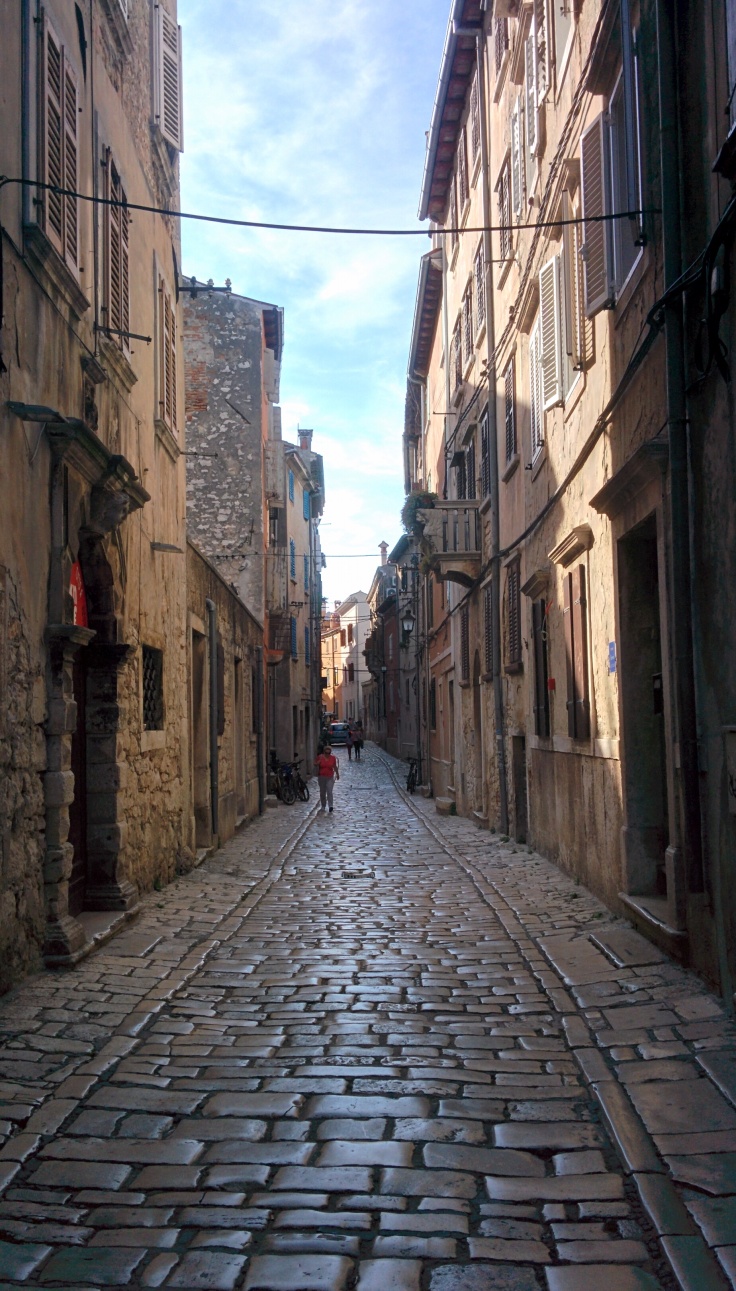 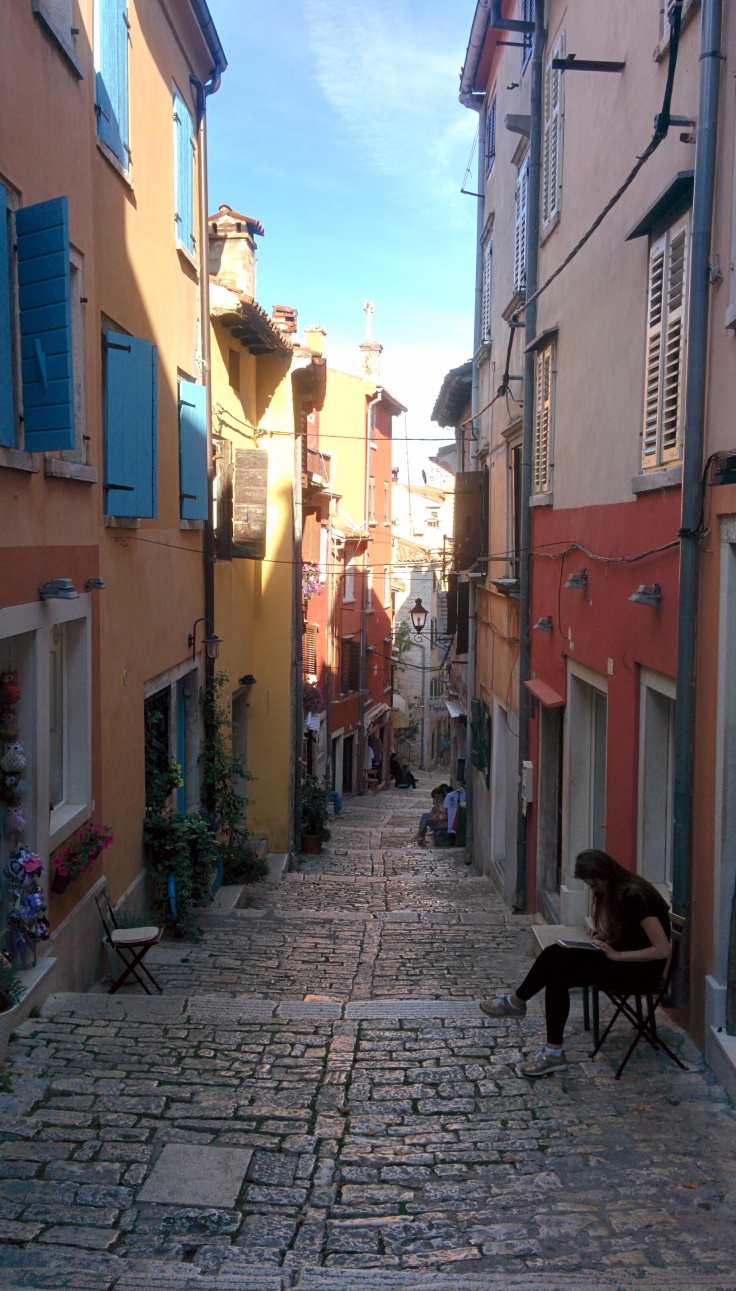 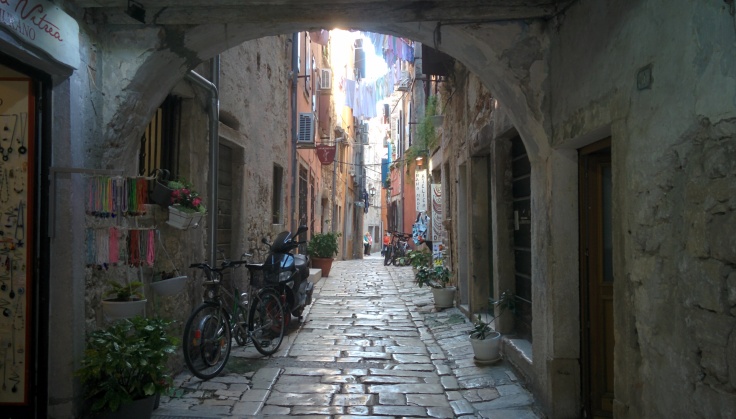 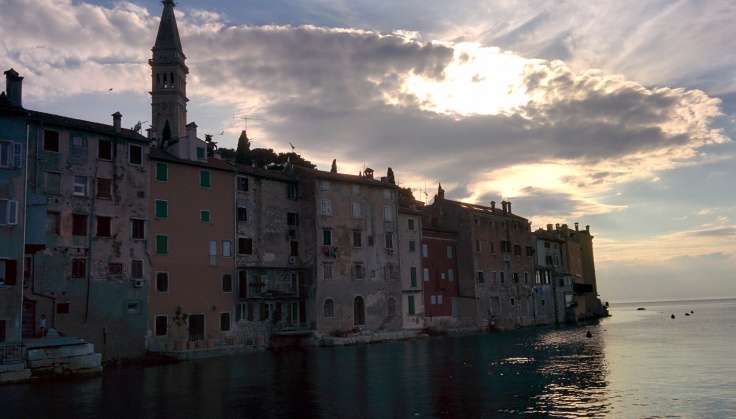 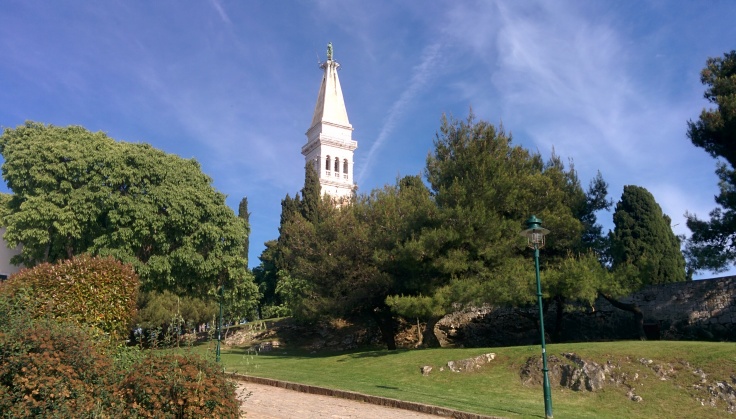 The natural cliffs which would have provided protection from invaders in the past now provide amazing views. 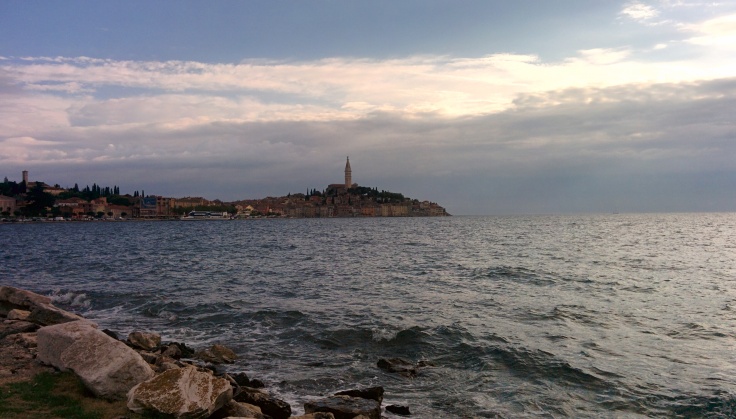 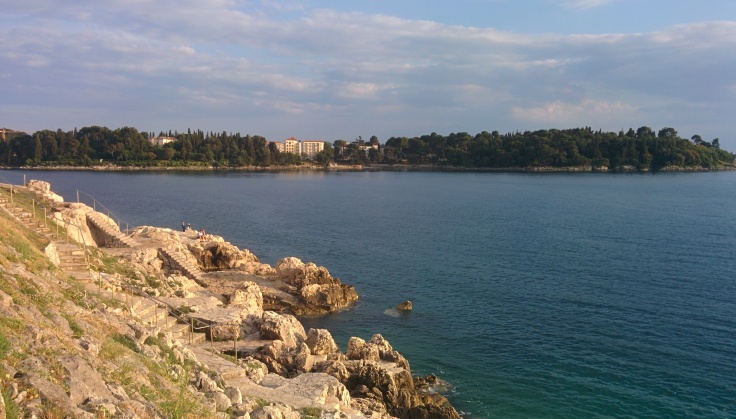 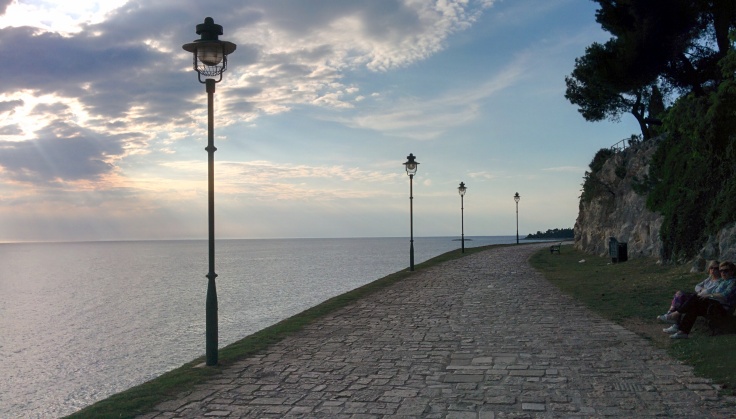 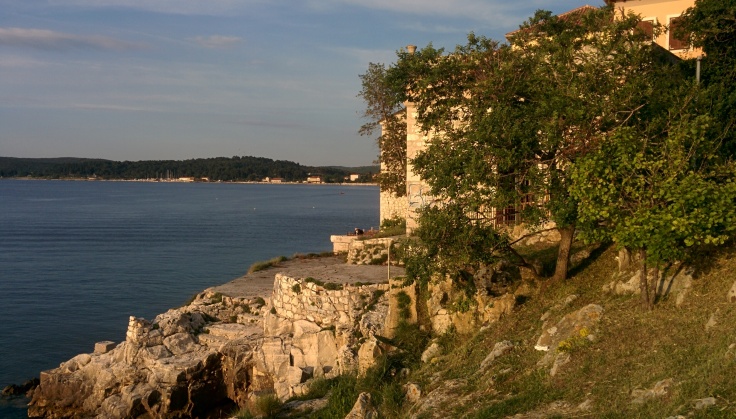 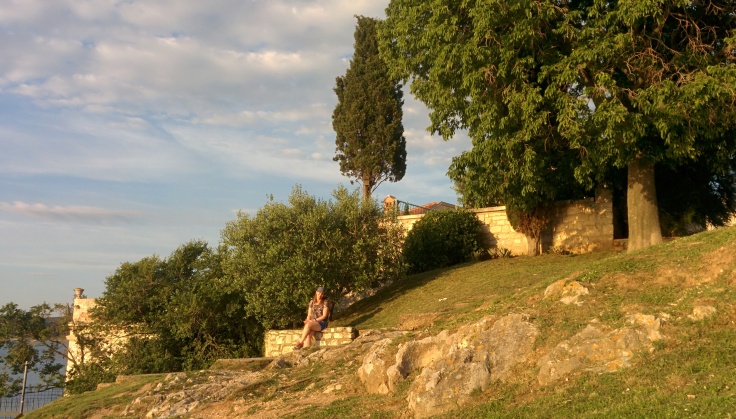 Here’s a picture of Sam looking out over the sea, and she looks like she’s pretending to be arty and shit, and giving some sort of stupid illusion or motivational or something like that. However, she was looking at a girl who had gotten her swimsuit wedged up her arse and was laughing manically, which is why I took the shot. So don’t be fooled by the apparent pose. 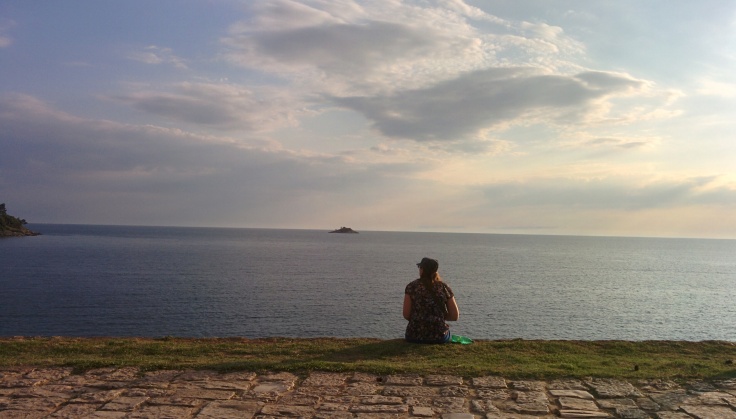 Rovinj was by far our favourite place in Croatia, as the town had a very local feel, as well as being extremely beautiful. Overall Croatia has been an interesting journey of blue sky, history and the ever constant blue-green water of the Mediterranean. However we left somewhat disappointed. Not only did we feel like we never found the real Croatia, but it was just far too touristy for our liking. Whilst the locals were kind and friendly enough, it felt like at every turn we were being bled dry of every Kuna that they could possibly get out of us. In the end, Will thought of a comparison to give the tourists who we encountered in Croatia…Imagine visiting Tokyo. What do you look forward to the most? A.) Experiencing Japanese culture/food/a technologically developed supercity/etc. B.) Going to Tokyo Disneyland to ride rollercoasters. We found Croatia and it’s tourists firmly in the latter column.

Tomorrow is a new day and a new country, Slovenia and the coastal town of Piran.