Yeah, we needed this. The previous day in Sigulda had hinted at it, but once we arrived in Cesis we realised how much we needed to get out of the cities. In fact, not since our time in Cesky Krumlov some 8 places ago, had we been in a small town. And that had felt like an age ago!

Our first port of call was Cesis castle. Like the castle in Sigulda, it was in its original state as opposed to reconstructed. It had been in ruins since 1703, and the only work done after that time was structural. Yet it was remarkably preserved. As such, when we entered we just walked around the ruins, as well as inside the walls and towers. As there had been no reconstruction, the old spiral staircases leading up to the rooms of the surviving tower were pitch black – and extremely cramped! So to help, we were given a lantern with a candle to navigate our way through. Walking up old, echoey stairs and through the ruins of rooms lit only by the shimmering of candlelight was a surreal experience. 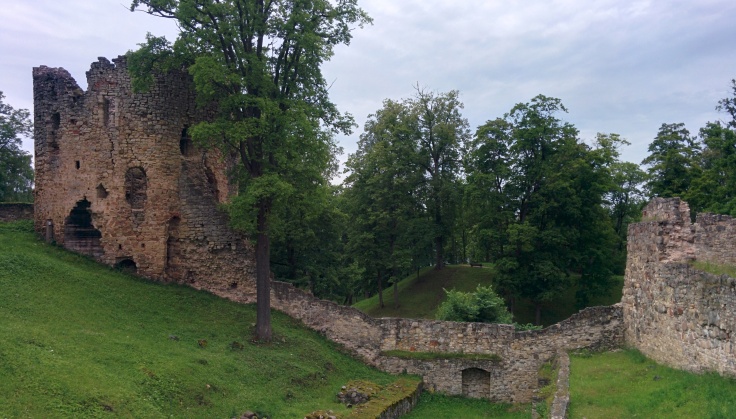 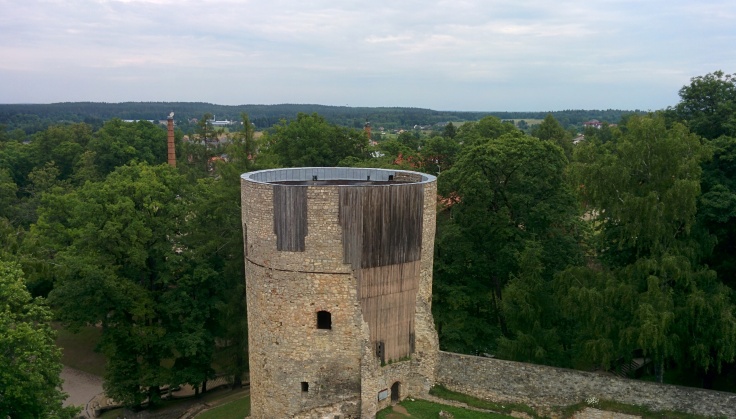 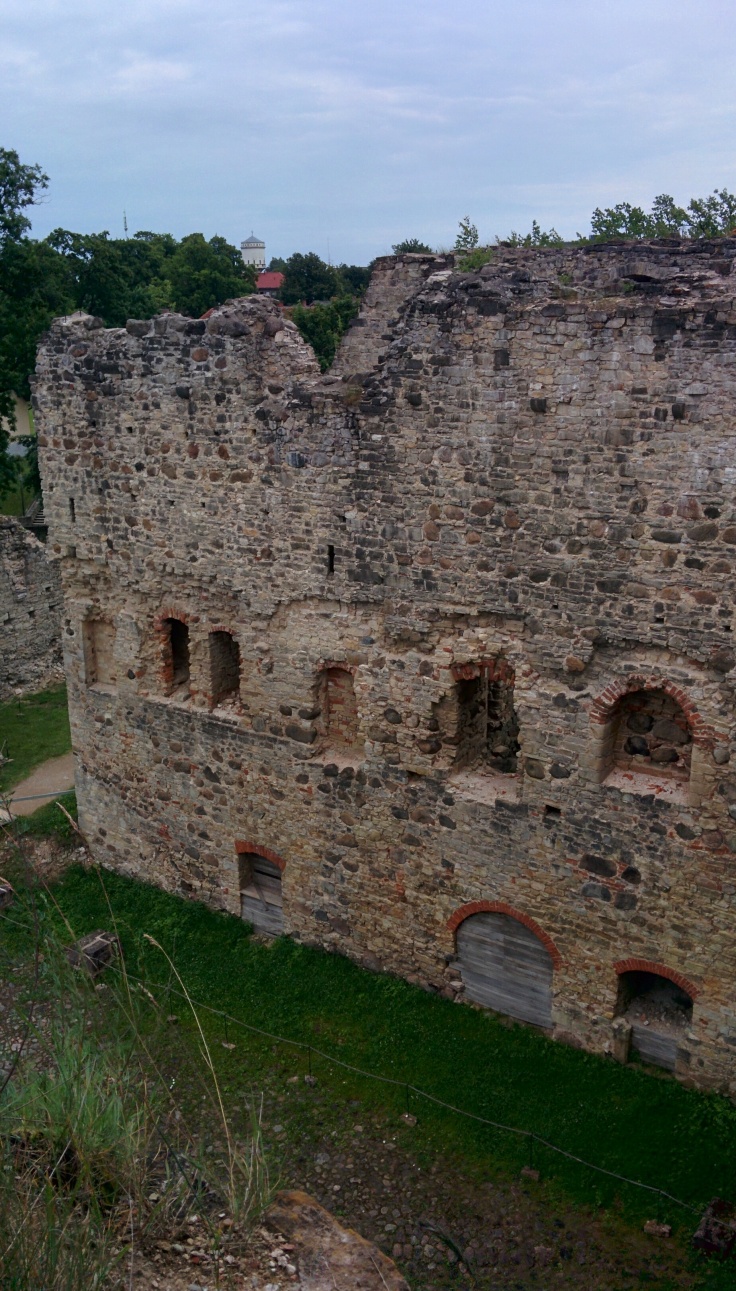 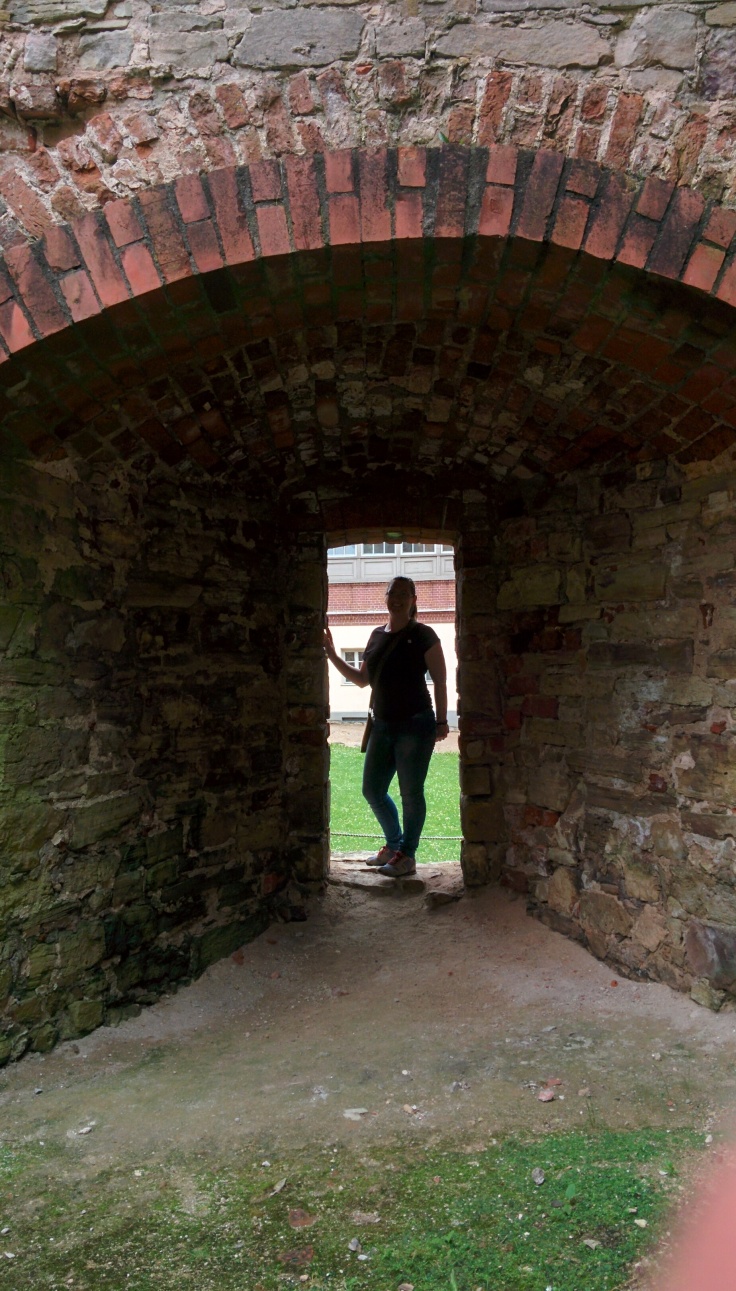 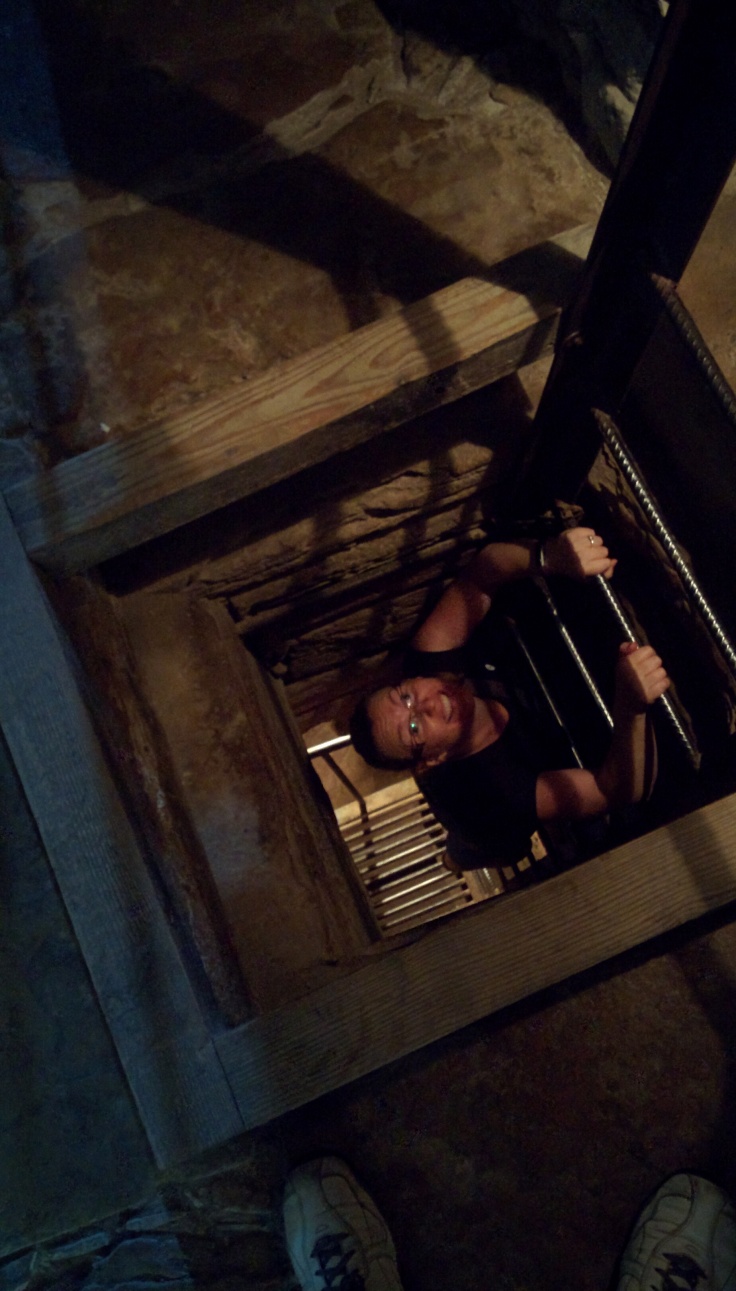 Unfortunately Will did not get a lantern. He was the only person in the castle not to have one. We suspect that this was because he was spotted by the man giving out the lanterns – which of course held a small flame – doing an impression of a psychotic and furious elephant playing soccer with an unimpressed and slightly depressed squirrel, who had resigned himself to spending the rest of his life with the abusive and indifferent elephant for fear of dying alone in the mountains. The man must of concluded that Will should not be around fire.

The rest of the day was spent exploring the quaint village, except for the main street which was completely dug up thanks to extensive roadworks. Shock horror.

The next day we decided to go on a hike to Erglu cliffs, which ran along a body of water that is commonly referred to as a river. To get there, we walked down a wide thing that was light brown in colour and covered in very small stones and dust (this was called a road) and then through an area festuned with trees, plants, mosquitoes, and spiders (a forest). The 15km was a breath of fresh air (literally!Ha!) and the cliffs and long watery thing were very pretty indeed. The only downside was the mosquitoes which, as it turns out, found Will’s legs utterly scrumptious (then again, who doesn’t?). 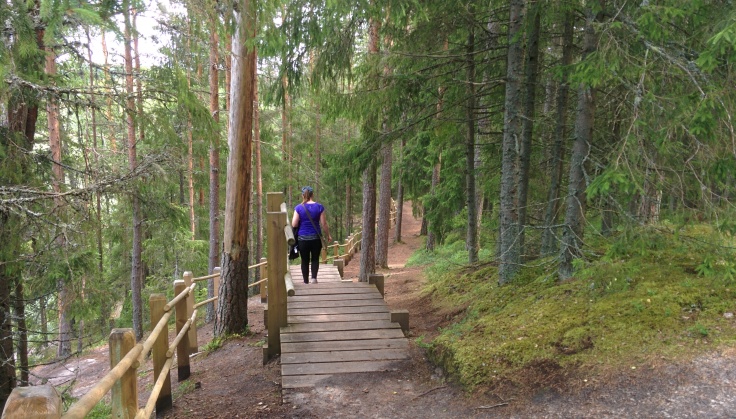 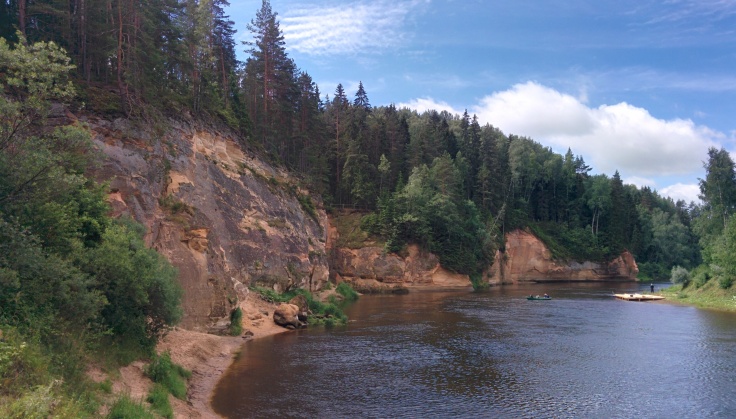 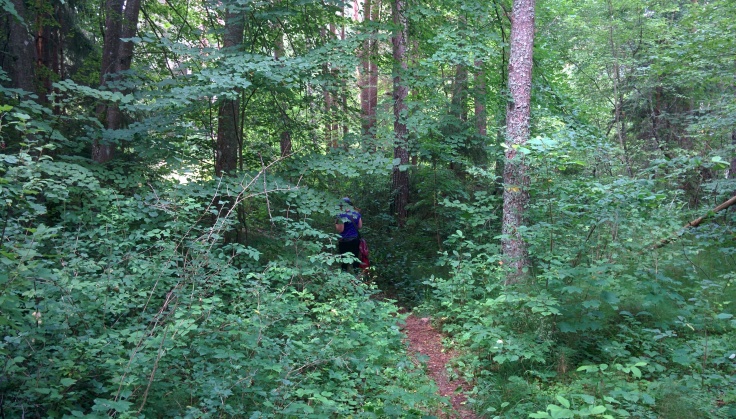 After our not so great time in Riga, Cesis really got our spirits back up, and also made us leave Latvia with a much more positive feeling and memory than had we left straight after the capital city. Next up: Tartu in Estonia…Our second to last country.